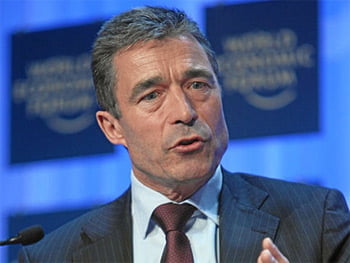 NATO’s Secretary General and Denmark’s former Prime Minister Anders Fogh Rasmussen praised the Turkish schools in Afghanistan. Rasmussen, who came to Ankara the other day, during his meeting with the Turkish Prime Minister Recep Tayyip Erdogan, brought up this topic, and paid his complements to those schools.

General secretary of NATO thanked Turkey for the support it’s giving to Afghanistan, and added that the education activities, especially, are really beneficial. He also expressed his wishes for these activities to continue. Turkey’s secretary of state Ahmet Davutoglu, and NATO’s general secretary cabinet director Jasper Vakr were also at the meeting held at the Prime Minister’s residence.

Original news was published on October 7, 2010 on Zaman Newspaper in Turkish: http://www.zaman.com.tr/haber.do?haberno=1037468&title=rasmussenden-afganistandaki-egitim-faaliyetlerine-ovgu

The news was translated by IDC members.

These schools had been closed by Taleban. Read about that incident.

CENGIZ OMUKEYEV, BISHKEK/KYRGYZSTAN Seytek Grammar School, built by Sebat Educational Institution in Bishkek, Kyrgyzstan, started with a gorgeous opening ceremony. The opening ribbon of the impressive school building was cut by Kamila Talieva, Vice President of Kyrgyzstan. The folk dance performance of the students drew long applause from the audience. Talieva stated in her keynote […]