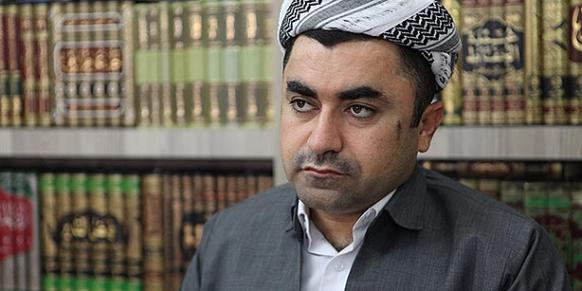 Gwani, who wrote about Gülen’s life and ideas in his recently published book “Hüzün Dolu bir Kalbin Sevdası” (Love of a Heart Filled with Sorrow), said Gülen is the one who explains best that jihad is not only an action of blood-spilling.

“In today’s world, jihad is perceived as an act of war and spilling blood. … [Whereas] Hocaefendi [Gülen] sees jihad from a broader perspective by interpreting it as disciplining one’s cravings of the flesh and the education of people. This understanding should be taught to other people. The biggest antidote to ISIL is Gülen’s thoughts,” said Gwani.

He noted that Gülen was among several Islamic scholars who contended that the 9/11 terrorist attacks did not serve Islam.

According to Gwani, Gülen differs from other Islamic thinkers by the fact that his thoughts can be put into practice by individuals.

“When we read [Gülen’s] books, we come across beautiful expressions. But Gülen, both in his words and actions, animates his thoughts. It is a mark of great success that thousands of schools and people are serving voluntarily for the same purpose. We witness that Islam can be practiced in modern times only bylooking into Gülen’s world of thought,” he added.

Gülen’s teachings have been a source of inspiration for people from Anatolia who opened more than 1,000 schools in 160 countries. The Islamic scholar promotes universal values of peace, dialogue and peaceful coexistence in his teachings.

Gwani argued that the mindsets of the group that is running a smear campaign against Gülen and of those who opposed Bediüzzaman Said Nursi, a prominent early 20th-century Islamic scholar, are similar as both thinkers were accused of reactionaryism and coup plotting.

Since the eruption of a massive corruption scandal in Turkey in December 2013, President Recep Tayyip Erdoğan and his administration coined the term “parallel structure” to refer to the Gülen movement, also known as the Hizmet movement, a civil society group inspired by the teachings of Gülen, and accused the group of orchestrating the investigations in order to oust the ruling Justice and Development Party (AK Party) from power.

Said Nursi, the father of the Islamic Nur movement, was regarded as a threat to the Turkish Republic throughout his life in the 20th century. Although he repeatedly declared that he was not interested in politics and his only concern was spiritual, he was jailed several times. He was mostly exonerated, but was forced to reside in isolation in small towns in Anatolia. He died in 1960, but his body was ordered by the government to be moved from Şanlıurfa to an unknown location in another city.

“In our history, the [Islamic] scholars were always oppressed by the rulers. Maybe it is the scholars’ fate [to go through such difficulties],” said Gwani.

He noted that although there are some groups in the Kurdistan region of Iraq who defame Gülen, people do not pay regard to their arguments.

Gwani is a member of the Kurdistan Islamic Scholars Union. His other books include “Women’s Place in Islam” and “Open Letter to Baghdadi.”

Haci Kemal Tajik-Turkish Schools operating in Tajikistan recorded another victory in the science olympiads held in Kazakhistan. The schools’ team ranked second, winning one gold and two silver medals. Following their arrival back in Tajikistan, the contestants having represented the country were received by Minister of Education Nuriddin Saidov. The Minister congratulated the team on […]