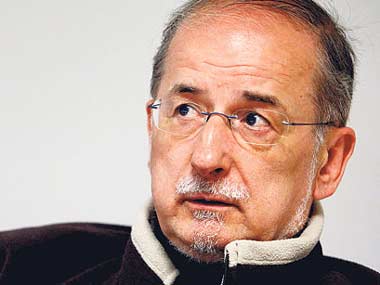 Professor Johan Leman, the holder of a chair named after the well-respected Turkish scholar Fethullah Gülen and established last month at the Catholic University of Leuven in Belgium, has said as a movement that attaches much importance to education the Gülen movement is a perfect partner for him to work with.

Social and cultural anthropology Professor Leman heads the Fethullah Gülen Chair for Intercultural Studies, which was established at the Catholic University of Leuven, one of Belgium’s most prestigious universities, with the efforts of the Brussels-based Intercultural Dialogue Platform (IDP). As part of an agreement signed between the IDP and the university, the chair will carry out academic research and organize conferences for five years.

Stating that he was criticized by both Belgians and Turks when the university announced the establishment of the chair, Leman said he finds such criticism baseless. Recalling that there are claims that the movement has a secret agenda, Leman said he has been in contact with members of the Gülen movement for three years and has never seen evidence of any secret agenda.

Stating that he thinks interreligious dialogue, which is also promoted by the Gülen movement, is vital in promoting coexistence, he said the fact that the movement is based on education is what makes it a perfect partner for him.

Gülen is a Turkish Islamic scholar well known for his teachings that promote mutual understanding and tolerance between cultures. Now residing in the US, Gülen has pioneered educational activities in a number of countries along with efforts to promote intercultural and interfaith activities around the world. He has written nearly 50 books in Turkish, some of which have been translated into several languages. One of the world’s most influential Islamic scholars, Gülen was placed at the top of the list of “The World’s Top 20 Public Intellectuals” by the Foreign Policy and Prospect journals in 2008.

Leman also notes that the offer to hold the chair was delivered to him while he was planning to retire and move Italy. As to why he accepted the offer, Leman said he thought it was a good idea. He also responded to claims that he is not aware of what he is doing, saying nobody can direct such an accusation at him in Belgium since he is quite familiar with Islam and immigration.