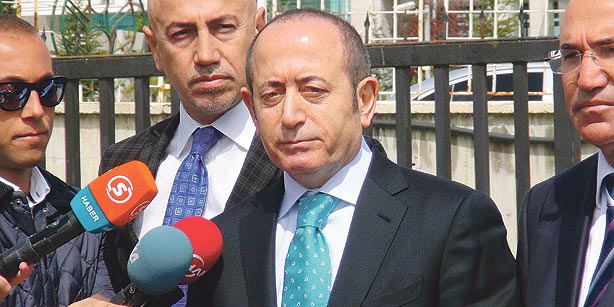 Relating some of the details about the petition the party has filed, Hamzaçebi said the dershane law contravenes the constitution, adding: “What should be done is not to close down dershanes, but to adopt necessary educational reforms that will eliminate the need for such preparation courses in the Turkish education system. With this law, some educational personnel were removed from their posts as also happened after the HSYK [the Supreme Board of Judges and Prosecutors] law was passed. Public officials can only be removed from their posts or reassigned by way of administrative procedure. Furthermore, we also included a regulation under which inspectors affiliated with the Guidance and Inspection Department of the Education Ministry’s Board of Education and Discipline are to be removed from their posts, in the petition we filed today with the Constitutional Court.”

The government, in a surprise move, decided in November of last year to close down the exam prep schools, stirring a massive debate. These schools, with their affordable fees, are regarded by mostly middle or low-income families as an equalizer of educational opportunities. Although there has been a strong public reaction against the push to close these schools, the government insists on shutting them down. The bill, including amendments to Law No. 5580 on Private Educational Institutions, was introduced by the Justice and Development Party (AK Party) government in October of last year and sent to the Parliament Speaker’s Office in February.

The AK Party government’s bill was put to a vote and passed by Parliament on March 7 in a session that 90 deputies from the ruling party did not attend, and signed into law by President Abdullah Gül on March 12.

According to the law, the president of the Board of Education and Discipline of the Ministry of Education and the board’s other members, the ministry’s deputy undersecretaries, general directors, the chiefs of the education branches and the provincial education directors of the 81 provinces will be removed from their posts. The law also states that school principals and vice principals who have spent four years or more in their posts will also be removed from their posts. Furthermore, the law also states that dershanes will be allowed to operate until Sept. 1, 2015. All preparatory courses will be shut down after this date.