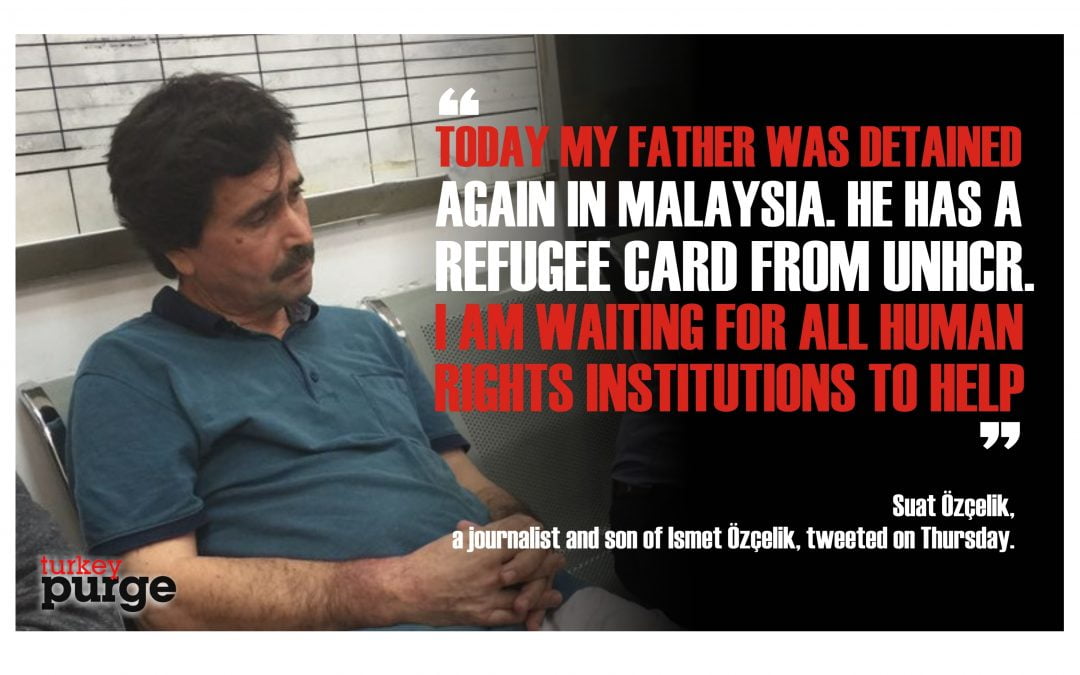 “Today my father was detained again in Malaysia. There are two other Turkish citizens also kidnapped by the Malaysians. He has Refugee Card from UNHCR. My father is still under protection of UNHCR in Malaysia. I’m waiting for all human rights institution to help. There is no statement from Malaysian authorities about my father,” Suat Özçelik, a journalist and son of İsmet Özçelik, tweeted on Thursday, calling on international rights organizations Amnesty International and Human Rights Watch monitor the developments. 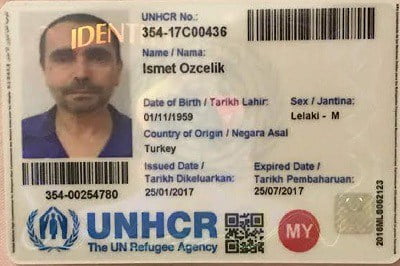 İsmet Özçelik was initially detained and put in prison on Dec. 13, 2016 upon an alleged request by Turkish authorities in Malaysia.

Malay security personnel reportedly raided the house of academic İsmet Özçelik (59) on the grounds that his passport had been cancelled by Turkey over alleged involvement in a coup attempt on July 15.
“They [Malay authorities] were in plain clothes. They said they were given authority to deport him [Özçelik] to Turkey,” Özçelik’s son told Turkey Purge in an e-mail.

“When we resisted, Malay police got involved and arrested my father on charges of obstructing civil servants in carrying out their duty. My father has been sent to Sungai Buloh Prison. Along with him, my elder brother, Süheyl Özçelik, another Turkish citizen, Erdem Eroğlu, and two other Malay citizens were arrested. However, they all were later released pending trial. The immigration office cancelled my father’s visa on Dec 14, thus preventing his release. He is in a prison, in very poor conditions. He is with 150 others; yet the prison’s capacity is only 50. If we cannot renew the visa, he is going to stay there for at least 12 months. He is a cardiac patient and has diabetes.”

Lawyers representing Özçelik are now seeking renewal of the visa in order to secure his release from prison for an offense for which he has yet to stand trial or be convicted of.Muhammad Faizal Faiz Hasani, one of his lawyers, recently spoke to Malay Mail Online regarding the issue. Faizal said the Magistrates Court here had denied Özçelik bail because the Immigration Department had

“Ismet needs to get DG Immigration to re-validate his visa and determine why Immigration cancelled it. If it was at the request of the Turkish Embassy, why and on what grounds.

“The magistrate may let us have his passport for a few days for renewal with Immigration if we so request; the magistrate will only release Ismet on bail after his visa is renewed,” he said when describing the court’s views on the matter.

“In the meantime, Ismet will deteriorate in prison without medication,” he added.

Turkey survived a military coup attempt on July 15 that killed over 240 people and wounded more than a thousand others. After the putsch, the government along with President Recep Tayyip Erdoğan accused the Gülen movement for the attempt.

The movement rejects any involvement.

The Turkish government, however, launched a widespread purge aimed at cleansing sympathizers of the movement from within state institutions, dehumanizing its popular figures and putting them in custody.