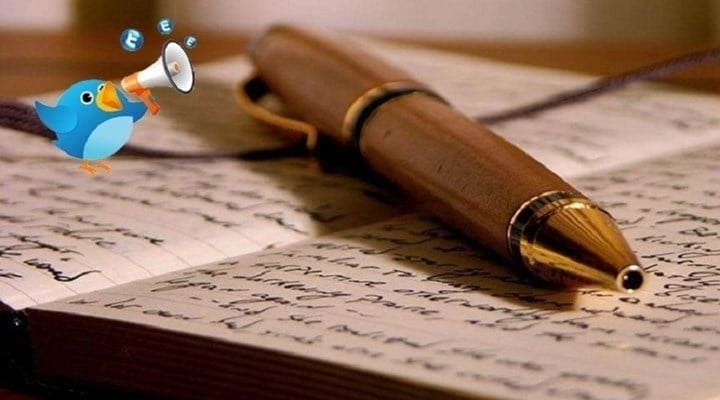 Government whistleblower Fuat Avni claimed on his Twitter account on Sunday night that a file containing instructions on the process of closing down schools close to the Gülen movement, also known as the Hizmet movement and inspired by Islamic scholar Fethullah Gülen, had reached him at the presidential palace.

President Recep Tayyip Erdoğan claims the Hizmet movement tried — and failed — to carry out a coup attempt against himself and the government in the form of a graft investigation that went public on Dec. 17 and 25, 2013, implicating former Cabinet ministers, prominent businessmen close to the administration and even members of Erdoğan’s family. The president has since waged a self-declared war against the movement, even going so far as to say, “If reassigning individuals who betray this country is called a witch hunt, then yes, we will carry out this witch hunt,” during a speech at the 22nd Consultation and Assessment Meeting of the Justice and Development Party (AK Party) in 2014.

According to Avni, a meeting was convened by Ministry of Education Undersecretary Yusuf Tekin at İstanbul’s Zübeyde Hanım teachers’ residence during which Atıf Ala, the younger brother of former Interior Minister Efkan Ala, was also present. Avni claims the provincial heads of Turkey’s educational inspectors were instructed during the meeting to close down educational facilities deemed to be close to the Gülen movement. The schools to be shut down are to be determined by May 15.

Erdoğan has also been campaigning for the closure of Turkish schools abroad that are inspired by the Gülen movement during his visits to countries around the world. During a visit to Ethiopia in January, he was quoted by the state Anadolu news agency as saying, “In the countries we visit we have been talking about the status of these schools and saying they should be closed down.” Erdoğan also said he has been telling African authorities the Turkish Ministry of Education is ready to offer the same services provided by these schools. “The ministry is close to finishing its preparations to that effect,” he said.

Numerous foreign countries, including Cameroon, that host Turkish schools inspired by the movement have rejected Erdoğan’s message and affirmed that they benefit from the schools. Fresh criticism has arisen in Cameroon, which has been host to Turkish schools for the past 12 years. A story by John Dauda in the country’s esteemed newspaper Le Messager strongly condemned the Turkish president, accusing Erdoğan of intervening in the domestic affairs of African countries and calling it a move that will damage bilateral ties with Turkey.

In addition to taking steps to close down schools in Turkey and abroad, the ruling AK Party decided in November of 2013 to shut down prep schools — primarily attended by students for supplementary tutoring for university entrance exams — by passing a bill into law in March 2014. According to the law, prep schools will no longer be able to operate as such after Sept. 1, 2015 and must convert to standard high schools if they wish to remain in operation.

Turkish schools which have been operating in Romania for 20 years, were awarded with a certificate of excellence by Romanian Education Minister Remus Pricopie. A reception was held at Bucharest Crowne Plaza on Wednesday evening on the occasion of the 20th anniversary of the schools, established by Lumina Education Institute.