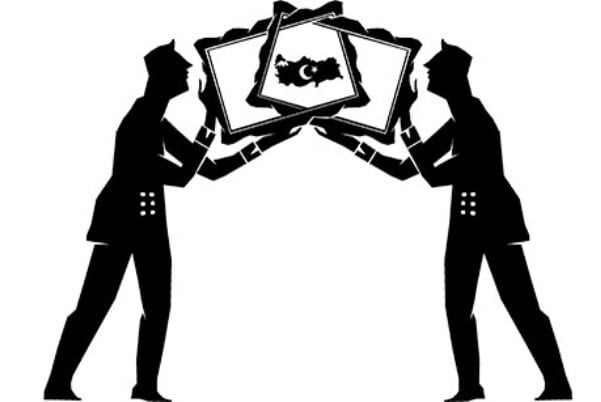 İSTANBUL
The Office of the Prime Minister has submitted a list of people who are allegedly members of the Hizmet movement to President Abdullah Gül, the Taraf daily claimed on Thursday, as part of widespread government attacks on the movement.

In accordance with a systematic purge of people in public institutions who are suspected of having ties to the Hizmet movement, the Office of the Prime Minister reportedly asked Gül to remove such personnel from their positions in the presidential palace. Gül reportedly returned the list, describing the attempt as an “unnecessary task.”

Since the breaking of a corruption probe on Dec. 17, due to which three government ministers resigned, the government has targeted the Hizmet movement, a civic and religious movement inspired by the teachings of Islamic scholar Fethullah Gülen, in an effort to hold it responsible for the corruption investigations.

Thousands of police officers and hundreds of judges and prosecutors have been reassigned on the grounds that they are members of a “parallel state,” without any concrete evidence. In other words, the government is acting on the assumption that sympathizers of the Hizmet movement within the bureaucracy are members of this parallel state, as Prime Minister Recep Tayyip Erdoğan describes it.

According to the Taraf report, the witch hunt continued at the presidential palace after the government illegally profiled presidency staff to “detect” members of the parallel state. When these reports were submitted to Gül, he dismissed the matter and returned the report to the Office of the Prime Minister.