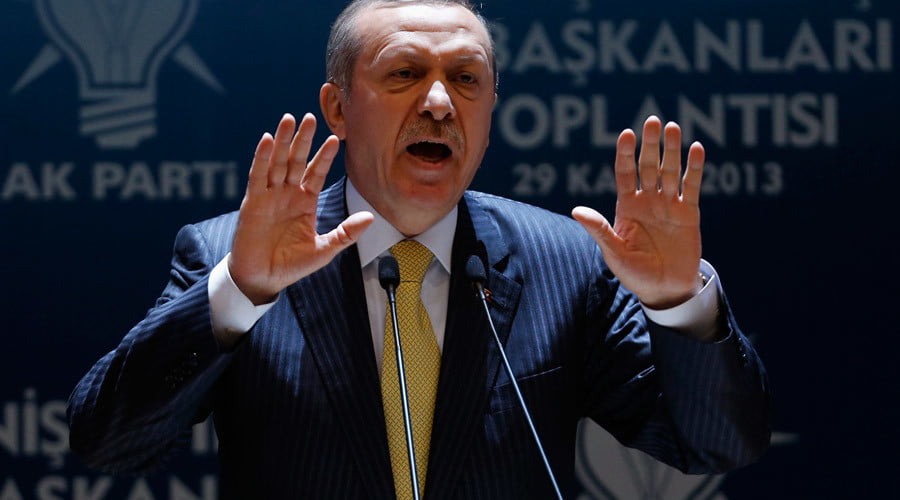 Turkey’s failed coup last week has emboldened President Recep Tayyip Erdogan to become an all-powerful democratically elected dictator. The attempt by his opponents to take over the state by force provided him the political cover to destroy all remaining opposition to his rule both within state institutions and in civil society.

“Destroy” is no exaggeration considering that he is seeking to bring back capital punishment in order, potentially, to execute the 2 839 military personnel accused of involvement in the coup, as well as some of the 2 745 judges who will be tried for treason. There will be no fair judicial process for these so-called political opponents, as all judges who question Erdogan’s agenda have already been purged.

The greatest irony of all is that the man who Erdogan has singled out as the penultimate terrorist, is globally recognised and revered as a man of peace. Fethullah Gulen, the leader of the Gulen movement who has been living in self-imposed exile in the US, has become the scapegoat for Erdogan’s purges.

Gulen is a Turkish Islamic scholar who has disavowed any form of violence, and has spread his message of humanism and humanitarianism across the globe.

The Gulen movement has established over 2 000 schools around the world, and offers scholarships to the universities which they run in Turkey.

The Gulen movement has prided itself on its inclusive ideology of embracing all people, and stems from Anatolian Sufi tradition which promotes peace. Gulen was the first Muslim cleric to condemn the 9/11 attacks, and was widely quoted for having said: “A terrorist cannot be a Muslim and a true Muslim cannot be a terrorist.”

This is the same man who Erdogan seeks to denigrate, and insists that the US must extradite to face terrorism charges in Turkey. Ironically the Gulen movement used to be among Erdogan’s closest allies, and had been the force behind his rise to power in 2003. In the early years of Erdogan’s administration he would give speeches praising Zaman – one of the largest news agencies in the country which is owned by the Gulen movement.

Erdogan made a speech at the 25th anniversary of the Zaman newspaper saying that when he visited different countries he was very proud to see the Turkish schools, and noted that Zaman was published in 35 countries in 10 different languages.

He had praised Zaman as a great supporter of democracy, saying that after the coup of 1980, when there was a dark cloud on Turkey, Zaman had emerged as a flower from that chaos.

So how did Erdogan go from embracing the Gulen movement as bedfellows to accusing them of being terrorists? The reason is that Fethullah Gulen had a falling out with Erdogan in 2013, when he was no longer prepared to tolerate Erdogan’s policy of protecting corrupt officials and citizens – which included Erdogan’s two sons, Bilak and Burak. In 2013, there had been a criminal investigation into the activities of several key members of the ruling AKP government, who were accused of bribery, corruption, fraud, money laundering and gold smuggling. Numerous AKP officials were found guilty at the time.

Erdogan retaliated by firing the chief prosecutor as well as 350 police officers, including the chiefs of the units dealing with financial crimes, smuggling and organised crime. This was when the Gulen movement ended their support for Erdogan and the AKP party, and in Erdogan’s eyes became public enemy number one.

Over the past two and a half years Erdogan’s administration has pursued members of the Gulen movement, purging them from state institutions, taking over their media agencies and schools in Turkey, and charging its members with terrorism.

These are the acts of a desperate president who has reacted to his increasing isolation. Ever since Erdogan failed to win a majority in the 2015 elections, he has been jailing newspaper editors, trade unionists, lawyers and members of the opposition.

Since last week’s coup attempt Erdogan has become ever more draconian, arresting over 60 000 citizens, with more than 58 000 people in public sector jobs now estimated to have been arrested or fired, and 9 000 being held in state custody.

We know that once a regime has succeeded in silencing the independent media, academics, accused its opponents of being terrorists, and purged the military and judiciary of detractors, the path forward is one of dictatorship and repression. Turkey is a fabulous country, bulging with youthful energy – it is time to reclaim its soul.