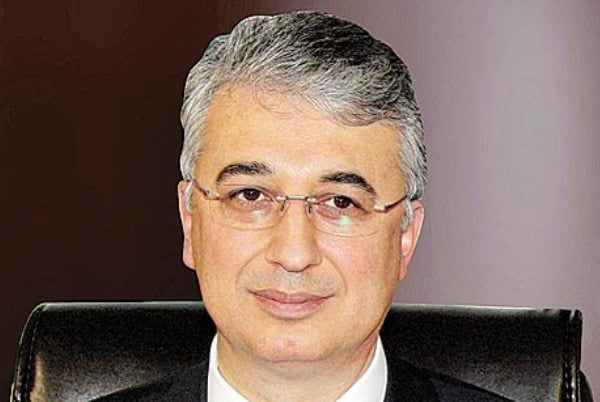 Former Vice President of the Scientific and Technological Research Council of Turkey (TÜBİTAK) Hasan Palaz has said that over 250 engineers and scientists have been dismissed from the institution over the past two months.Palaz, who is also the former head of the TÜBİTAK-affiliated Research Center for Advanced Technologies on Informatics and Information Security (BİLGEM), was fired on Feb. 21 for not obeying an order from “influential figures” in one of his statement  to change a report as part of an investigation into a bugging device found inside the Office of the Prime Minister.

Releasing a statement via his social media accounts on Monday, Palaz said the number of unlawful and arbitrary practices within TÜBİTAK has increased since his dismissal and that nearly 90 managers and 30 experienced and high-ranking officials have been dismissed from TÜBİTAK. Palaz added that hundreds of personnel have been reassigned to lower posts within the institution and that many employees have been exposed to pressure and discrimination at the institution since February.

Palaz stated that TUBİTAK recently took legal steps to legitimize its dismissal and reassignment of staff members without cause. “According to the information I have acquired, TÜBİTAK’s administration plans to take legal action against a number of employees based on unsubstantiated allegations. Considering the pressure [on personnel], impositions and unlawfulness in the institution over the past four months, it is clear that they will not find it necessary to base their court files on factual evidence. Their goals are to bring a number of staff members under suspicion; to create a negative perception against them; to facilitate the dismissal of more employees; to legitimate earlier dismissals; and to continue the sweeping purges within the institution,” he said.

Large-scale, sweeping purges that started in the police force and moved on to the judiciary after a major corruption scandal became public on Dec. 17 of last year have continued with other institutions in Turkey. According to a report published last week in the local Demokrat Gebze newspaper, a purge is also under way at TÜBİTAK’s Marmara Research Center (MAM). The report claimed that large-scale profiling activities have been launched against personnel who possibly have links to a “parallel state” — a term used by pro-government circles to define the faith-based Hizmet movement — upon orders from Science, Industry and Technology Minister Fikri Işık. Those being profiled by the center are being systematically dismissed.

Attributing its facts to anonymous sources within TÜBİTAK, Demokrat Gebze also reported that there are nearly 8,000 people on TÜBİTAK’s list of workers to be dismissed in the near future.