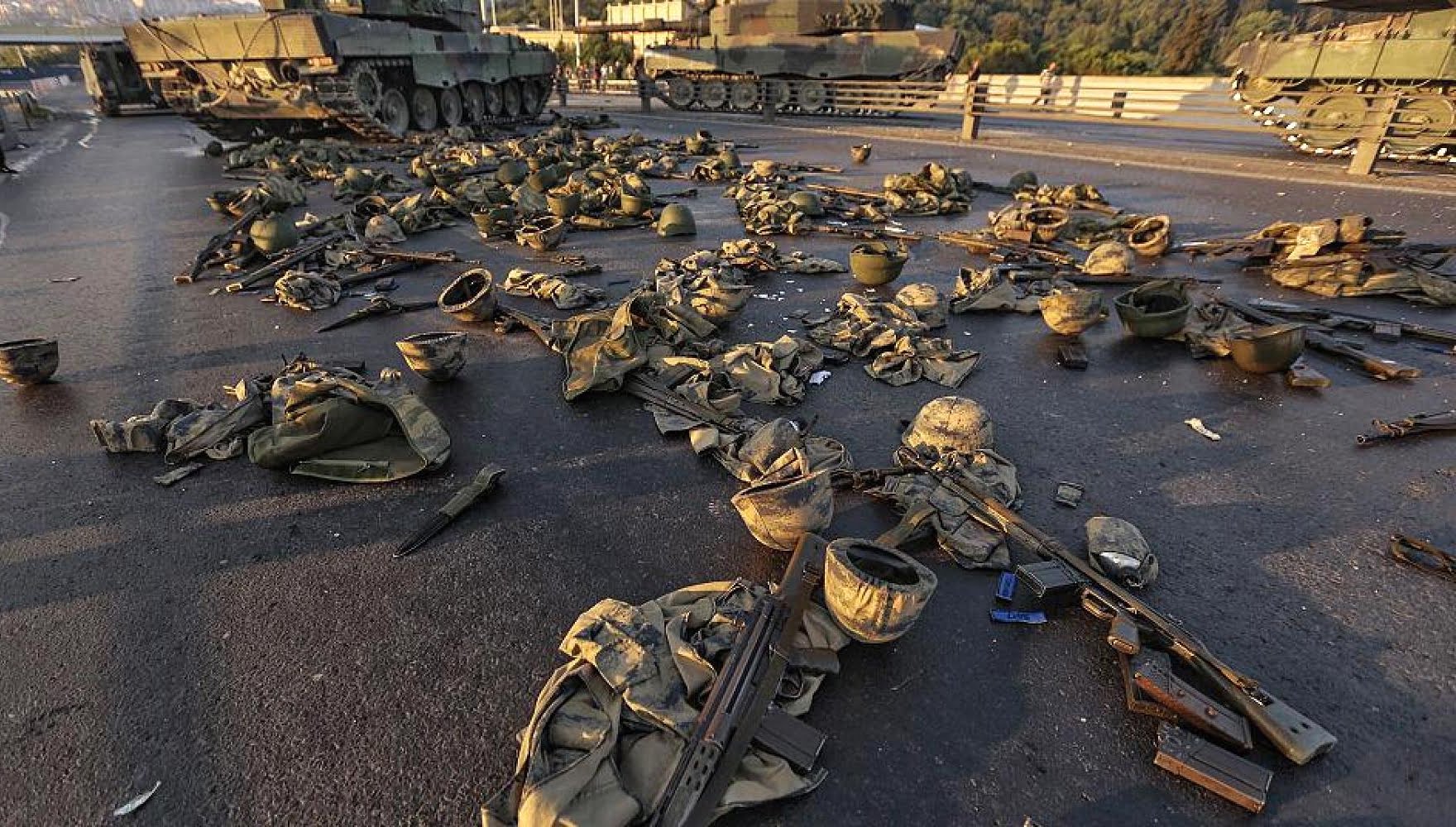 If I were to be in Turkey, I’d probably be in jail by now. For I doubt if any judge, tribunal or, much less, a political power monger – in the mould of ‘The Boss’ in Ankara, would believe I was not preparing the ground for Friday’s coup attempt in Turkey, with my article of penultimate Wednesday.
But since I do not intend to write about Turkey again, let me put it on record that I’m one of the few who strongly believe the alleged coup attempt could have been stage-managed to give Tayyip Recep Erdogan the justification to clamp down on real and perceived opponents to his ambition to rewrite the constitution and transfer the centre of executive power from the office of the Prime Minister to the office of the President, which he presently occupies.

Coups have been a particularly sour spot for everybody in today’s Turkey – be they cronies or critics of the government in power. Almost every Turkish citizen today is, therefore, ready to spill his blood to forestall another coup. That means that one of the quickest ways to get lynched on the streets of Istanbul or Ankara is to be accused of plotting a coup. It’s like accusing somebody of blaspheming the Holy Prophet (SAW) before a mob of Islamic fundamentalists. Erdogan knows this sentiment and he played it to the hilt, especially among his army of cronies, and the rural populace, most of whom depend on his regular handouts for survival.

But the dizzying thing about this coup is the ease with which the ‘coupists’ were rounded up, without much of a fight. Then there was the allegation that over 200 people had died. And you’d be tempted to ask: Who got killed? Where? Who killed them? Was it the same coupists whose fighter jets allegedly refused to shoot down Erdogan’s plane, despite having it in sight? The same coupists who refused to fire a shot at unarmed (apparently, rented) crowds of the president’s on the Bosphorous Bridge?

Everything looked so rehearsed: ‘Coupists’ shooting into the air, crowd booing them, protesters climbing all over the armoured tanks and nobody getting hurt, ‘blood-thirsty’, coup-plotting soldiers being picked up from inside their tanks like sitting ducks.

My takeaway? Somebody wanted to use judges and the police to overthrow strongman Erdogan – in a Turkey that is not naïve to military coups. And in this age of ICT, all the coupists planned to do was to, like a certain Bukar Suka Dimka, take over a radio station? If this could not work in Nigeria of 1976, how did they think it would work in the Turkey of 2016? Beats my imagination! And this coup was supposed to have been co-ordinated from the United States? By a group believed to have, arguably, the best of Turkish elite and intelligentsia? Benumbing!

And, wait for this, barely one hour into the coup, Erdogan (on Facetime) and his Prime Minister were already blaming Fethullah Gulen and the Hizmet movement for masterminding it. And calling for the extradition of the Muslim cleric, even when the coup had not been quelled and the plotters arrested?

And less than 24 hours later, over 12,000 people had been arrested (and stripped to their underpants), including some 2,700 judges, who have been suspended. Erdogan argues that Gulen has infiltrated the judiciary – and if the cleric is a ‘terrorist’, then all the judges must be terrorists too. He is also toying with the idea of damning the European Union and returning the death penalty to Turkey as well as making insinuation to stop co-operating with the US and NATO over strikes on ISIS. Hmmm. Some narrative!

Excerpted from the column. Click the link below to read the rest of the article.