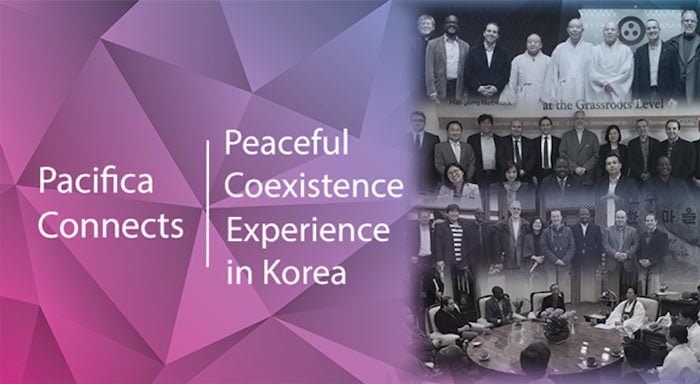 The panel, jointly organized by the Korean Conference on Religion and Peace (KCRP), the Istanbul Cultural Center, which operates in South Korea, the Intercultural Dialogue Platform (KADİP) of the Journalists and Writers Foundation (GYV), and Pacifica Institute, from California, the US, was held in Seoul.

In the panel held in Koreana Hotel, Korean, Turkish and US coexistence experiences discussed and the way the concept of “salvation” is understood by different religions were debated.

Visits to the leaders of various religious organizations in Korea

After the panel, the Turkish and US delegations visited Korean Buddhist Jogye Order Leader Jaseung and Latin Catholic Bishop Kim Hee-joong and other Buddhist, Protestant, Catholic, Won Buddhist, Cheondoist, Confucianist leaders as well as other leaders of local religions in Korea, and invited them to the US to participate in the next panel and engage interfaith dialogue activities.

The delegations also attended the round-table meeting titled “Combating Religious Extremism at the Public Level” hosted by Seoul National University and organized by Hangang Network. In the meeting held at Seoul National University, it was stressed that education and dialogue activities should be expanded to cover all groups in the public. The need for religious and opinion leaders to assume more effective role in combating “religious extremism” was emphasized.