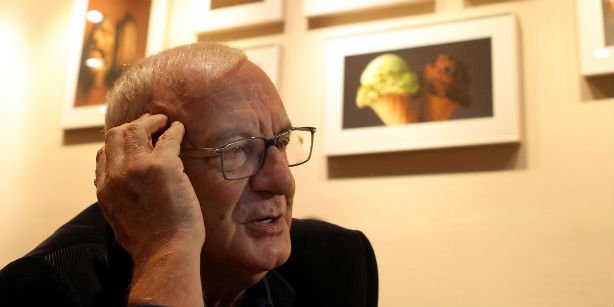 Gülen’s name is cited in the red category with senior terrorist Kurdistan Workers’ Party (PKK) operatives such as Murat Karayılan, Cemil Bayık, Fehman Hüseyin and Duran Kalkan. The PKK, listed as a terrorist organization by Turkey, the US and the EU, has been waging a bloody war in Turkey’s Southeast since 1984. The name of the terrorist organization Gülen allegedly belongs to is cited as “FETÖ/PDY terror organization.” FETÖ stands for “Fethullahist Terror Organization,” while PDY is an acronym for the “Parallel State Structure.”

The “parallel state,” or “parallel structure,” is a term frequently used by the Justice and Development Party (AK Party) government, its former leader President Recep Tayyip Erdoğan and his supporters to refer to the Gülen or Hizmet movement, inspired by Gülen.

Erdoğan launched a battle against the movement following a graft probe that was made public in late 2013 in which senior government members were implicated. Erdoğan, who was prime minister at the time, accuses the movement of establishing a parallel state within the state and masterminding the graft probe with the aim of toppling his government, while the movement strongly denies the accusations.

The ministry’s website also promises a reward to those who help with the capture of the wanted terrorists.

Yaşar Yakış, one of the co-founders of the AK Party and a former foreign minister, said it is very saddening for a person like Gülen who has devoted all his life to peace to be subjected to such groundless accusations. He said terrorism accusations about Gülen, whom he said knows personally, are null and void for him.

“Put aside indictments, red notices, even the people who are closest to me would make such a claim, I would never believe that Gülen would ever tend to resort to violence. Gülen’s name can never be put on that list,” Yakış said.

According to Ali Bulaç, a journalist, writer and sociologist, listing Gülen’s name among the most dangerous terrorists is simply a politically-motivated move and it has nothing to do with reason.

“I know two definitions of terrorism: first, there is the use of armed violence in terrorism, second, terrorism targets civilians. This terror list is not based on law, but political. There is no need to look for reason in such lists,” he said.

A well-known Islamic scholar, Hatem Bilgi, also raised his voice against the defamation efforts targeting Gülen. He said adding Gülen’s name and photo in the list of terrorists is the biggest act of insult, tyranny and slander that can ever be made.

“Fethullah Gülen is an Islamic scholar. It is just nonsense to put his name in the list of bloody terrorists given the fact that Gülen has pioneered opening of schools in 170 countries across the world and flying of Turkish flag and promotion of Turkish culture there,” he said, while he also called on other Islamic scholars to speak up against the injustice that is being made to Gülen.

Gülen is a respected figure all over the world for his efforts to promote education, interfaith dialogue and tolerance. Turkish entrepreneurs, acting on Gülen’s advice, have opened hundreds of schools in more than 100 countries in the world that are appreciated by many for their high-quality education.

Professor mustafa erdoğan, an expert on constitutional law, talked about the lack of legal grounds to name Gülen as a terrorist. He said naming Gülen as a terrorist is totally against the law because for someone to be described as a terrorist, they should have carried out armed attacks that led to outrage in the society.

Even people who are known for their dislike of Gülen reacted to his being named as a terrorist. For instance, Hikmet Çetinkaya, a columnist from the secular Cumhuriyet daily, said he has been following Gülen and the Gülen movement since 1970s and he does not believe either Gülen or his movement has been ever involved in terrorist activities.

Çetinkaya said although Gülen has filed more than a 100 cases against him due to his allegations about Gülen in his articles, he has never claimed that the Gülen or the Gülen movement is terrorist.

“I defend law, democracy and human rights,” said the journalist, adding that it is unacceptable for any person no matter what their world view is to approve of such a slander against Gülen.

Another journalist and writer Atilla Dorsay said it is just a scandal to include Gülen’s name into the list of most wanted terrorists, noting that Gülen is one of the most respected religious figures of Turkey.