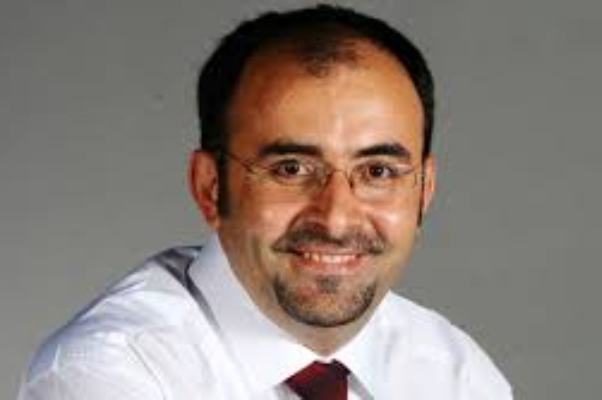 Last week, I wrote about how Recep Tayyip Erdoğan was helping the Gülen movement in three ways. What Erdoğan is doing has intentionally or unintentionally played into the hands of the movement.

Another move has just come this week. A lawyer hired by the Turkish government filed a lawsuit in the US against Fethullah Gülen. It claims: “The members of the Tahşiyeciler group, detained in police operations against the group, were victimized. Gülen played a role in these human rights violations. Therefore, Gülen should be punished.”

This lawsuit will work out to be in Gülen’s favor, both in terms of its timing and subject matter, and one is forced to ask, “Is Erdoğan working to blow wind into Gülen’s sails?”

The lawsuit came at a time when Donald Trump called to banish Muslims from the US and US President Barack Obama called on Muslims to help the US against jihadists. Thus, the US is looking for the support of Muslims against jihadists. The Gülen movement, the face of modern Islam, rejects all forms of violence and has carefully avoided any violent reaction to Erdoğan’s relentless pressures on it. Accordingly, this lawsuit puts Erdoğan in the position of being a supporter of “pro-violence organizations” while Gülen will be perceived as a religious leader facing pressure from Erdoğan for disapproving of Erdoğan’s support for jihadist groups.
Therefore, in terms of timing, Gülen himself wouldn’t have been able to plan a better time for the lawsuit.

In terms of its subject matter, the lawsuit will be particularly useful for Gülen. The trial is, in essence, legal action concerning Tahşiyeciler (roughly translated as “Annotators”), a radical Islamist group with suspected ties to al-Qaeda, and a trial by jury in the US is being sought. In the US, there is the widespread perception that Erdoğan is supporting jihadists and if Tahşiyeciler leader Mehmet Doğan’s laudatory remarks about Osama bin Laden, his books and his broadcasted statements are brought to the jury, followed by Erdoğan’s disclosed support for Doğan, it is not difficult to guess how the jury will think.

I have three booklets written by Doğan and these booklets are enough to portray Doğan as a pro-al-Qaeda preacher; he interprets religious sources and the Prophet’s traditions in favor of al-Qaeda. If these booklets are discussed in front of the jury, this will clearly show who Erdoğan is supporting.

In the US, jury members are selected from the public. How the public will think about complicated matters can be roughly predicted. If the lawsuit is accepted and a jury is formed, it is not hard to predict that Gülen’s criticism of violence will win over Doğan’s pro-violence remarks.

Therefore, if I were to believe in conspiracy theories, I would reason that someone is trying to bring Gülen to the forefront with Erdoğan’s support and funds. This lawsuit is a perfect move of support for Gülen. Gülen will use this lawsuit to undermine Erdoğan’s position.

Until recently, the argument that Erdoğan is backing radical Islamist groups was limited to news stories. The Gülen movement refrained from discussing this matter at the community level in order to ward off allegations of undermining their own country. After all, the Gülen-Erdoğan row was a matter that only concerns Turkey. The members of the Gülen movement would find it hard to make it a matter that concerns the respective countries.

This lawsuit has given Gülen the perfect opportunity, and it is now no longer a domestic matter belonging only to Turkey. In connection with this lawsuit, members of the movement will tell every US citizen the remarks made by the Tahşiyeciler leader as well as Erdoğan’s support for him. They will explain Gülen’s position. “Erdoğan supports radical Islamists and fights moderate Muslims,” they will say.

Moreover, if they work on the claim that the lawyer was hired by the Turkish government, that the lawsuit in question is not a legal action but part of an ongoing witch-hunt against members of the Gülen movement and that the Turkish government is trying to use US courts to further its goals — there is huge evidence to support this thesis — and if the court accepts this argument, then the Tahşiyeciler lawsuit in Turkey will be rejected in an international court. This will further undermine Erdoğan’s position.

Moreover, it is hard to substantiate a link between the Gülen community and those who launched an operation against Tahşiyeciler. As far as I gathered from the lawyers’ press conference, they, too, are aware of this. Attorney Robert Amsterdam knows this and therefore is trying to establish a link based on articles and commentaries that appeared on Today’s Zaman. Amsterdam might have received millions of dollars from the Turkish government; he might see no ethical problems with Erdoğan using the taxes of Turkish citizens for his personal row. He may not have a moral stance either. However, if he tries to go for an ethics-based attack in a US court, then he will be faced with the question, “Why are you supporting the authoritarian structure in Turkey, using Turkish people’s money and contradicting US values by bringing the Turkish government’s witch-hunt to the US?”

If he says he is paid by the pro-al-Qaeda Tahşiyeciler and not the Turkish government, then he will have a hard time explaining the situation. Indeed, the three people appearing as claimants in the petition have declared fairly low incomes. They can hardly hire an attorney in the US with such fees. In this case, the source of the money used in launching the lawsuit will be questioned. These lawyers will have to disclose they were hired either by the Turkish government or by a pro-al-Qaeda organization. Or the three claimants will declare they committed perjury in Turkish courts and have higher incomes to hire attorneys in the US. In this case, they will be perceived as liars.

If Gülen lost the lawsuit and it is ruled that he should be extradited to Turkey, the US still cannot extradite him. This is because this process is subject to another lawsuit. But if Gülen is convicted in such a lawsuit, this will pave the way for lawsuits to be filed against Erdoğan and his supporters who live, will live or do business in the US. It goes without saying that there are thousands of people who are ready to bring legal action against Erdoğan in the US…

When Foreign Policy and Prospect magazine asked readers to vote for the world’s top public intellectual, one man won in a landslide: Islamic scholar Fethullah Gülen, an inspirational leader to millions of followers around the world and persona non grata to many in his native Turkey, where some consider him a threat to the country’s […]