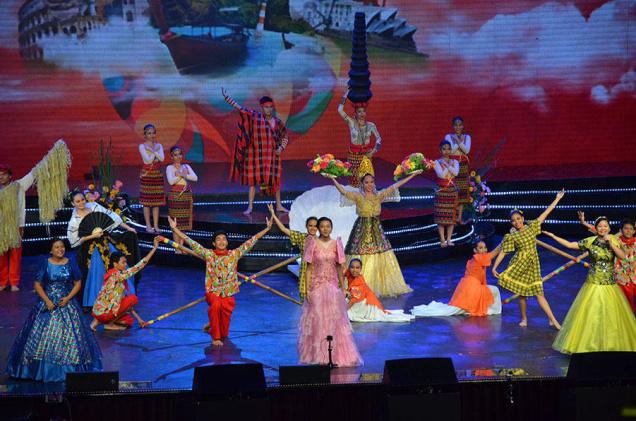 A performance in one of the IFLC’s events.

Showcasing performances by school students, the International Festival of Language and Culture makes its debut in India

Culture and language can help in bridging divisions on the lines of region, religion, language, ethnicity etc. This is what the International Festival of Language and Culture (IFLC) has been doing this since 2003 by showcasing music and dance from across different countries in Turkey annually. The objective is to bring students from across the countries to foster dialogue, respect and education among the world’s youth. With the IFLC been held different countries besides Turkey since 2015, this year it comes to India for the first time. It will be held on May 7 at New Delhi’s Talkatora Stadium.

Bilal Acikgoz, Trustee of Educational Endowment Trust, the Indian organiser, is happy to see India as one of the venues. “India with its rich history of diversity of languages, religions and cultures co-existing since centuries is apt for propagating the theme of universal brotherhood and peace. Moreover it has a large youth population which can be in the forefront of leading a global movement in this direction.”

The India theme is “Vasudhaiva Kutumbakam” (the world is one family) from Maha Upanishads. Describing it as the core philosophy of India since time immemorial Bilal says its all-inclusive nature does not in any way contradict any other philosophy. “India is a role model for the world of how a diverse society can coexist peacefully for ages. Of course there are instances now and then but those are few and far considering the size and the population of the country.”

The Indian contingent of more than 300 are from six partner schools, namely, Ahlcon International School, Springdales School, Mata Guru Ji Public School, Bluebells International School, Tagore International School and Frank Anthony Public School. Apart from the opening song “Its Time To Sing” they will present the “Colours Of The World” along with Georgia and Kyrgyzstan – the theme of the IFLC and also Vasudhaiva Kutumbakam, the Indian theme, through dance. They will also showcase dances from Punjab, Rajasthan, Goa and Assam.

The day long event includes shows by school students from several countries including Germany, Tanzania, Hungry, Brazil, Kyrgyzstan, Belorussia, Philippines, Russia, Georgia and Tunisia among others who will showcase a slice of their culture.

Bilal hopes to see IFLC being held annually in India in more than one city. “We are also trying to increase Indian participation in events being held abroad as find youngsters around the world very keen to know about the country thanks to proliferation of Hindi films,” he says.

Speaking during the 13th edition of the International Festival of Language and Culture at Nelson Mandela Theatre on Thursday evening, Mbete, who was guest of honour, said rather than seeing people fight, she would love to see them sing and dance. She said she was delighted to be part of the event.

ŞEYMA AKKOYUNLU, İSTANBUL A top Afghan official has praised Turkey’s efforts to boost education and help in restructuring Afghanistan, saying Turkish assistance to the country was unparalleled. “Turkey has a very special place in Afghanistan. It is the only Muslim country in NATO, and the Afghan people trust Turkey. The source of this trust is […]