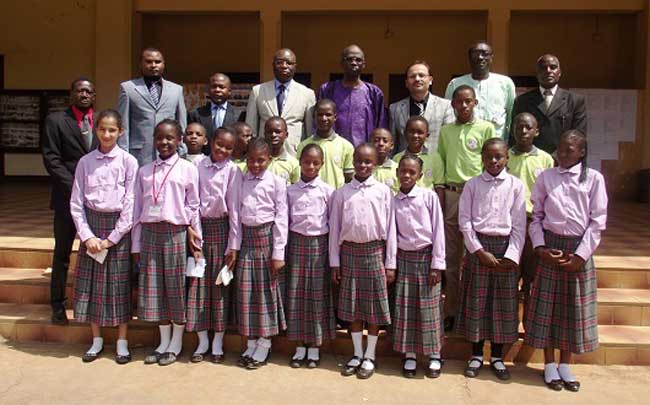 Numerous foreign countries that host Turkish schools affiliated with the Gülen movement, also known as the Hizmet movement, which is inspired by the teachings of US-based Turkish Islamic scholar Fetullah Gülen, have rejected Erdoğan’s message and affirmed that they benefit from the schools.

Erdoğan has repeatedly accused the Gülen movement of plotting to oust him; the movement denies the claim.

New criticism has arisen in Cameroon, which has been host to Turkish schools for the past 12 years. A story by John Dauda in the country’s esteemed newspaper Le Messager strongly condemned the Turkish president, accusing Erdoğan of intervening in the domestic affairs of African countries, and calling it a move that will damage bilateral ties with Turkey.

“Erdoğan, who has been leading a hegemonic and democratic country, cannot behave the way he is, not recognizing laws of the countries that host these schools. Criticizing these educational institutions and calling for their closure is interfering in the internal affairs of the relevant countries,” wrote Dauda.

Labeling the smear campaign embarked on by Erdoğan regarding the Turkish schools in Africa “unacceptable,” Dauda said that the African countries’ silence in response is actually the nations’ “reaction to Erdoğan.”

Dauda later said that Erdoğan’s interference in the internal affairs of other countries comes from his desire to silence dissent. “It is a rare case that a president has blatantly criticized the institutions of his own country,” Dauda said, adding that Erdoğan’s behavior is not only appalling to partner countries in the region but is also an attempt to interfere in the affairs of sovereign countries.

The story also says that African countries have respectfully opened their doors to the Turkish schools because of their contribution to education in these countries and that there is demand for more such schools in the region. “Erdoğan has to show a diplomatic approach to these schools,” Dauda said.

Turkish schools have been operating in Cameroon since 2003. Amity (Dostluk) İnternational College has five campuses, two in the capital city of Yaoundé, another two in Ngaoundéré, and one in Douala, which provide a high school education and have helped young Cameroonians bring in scores of international awards.