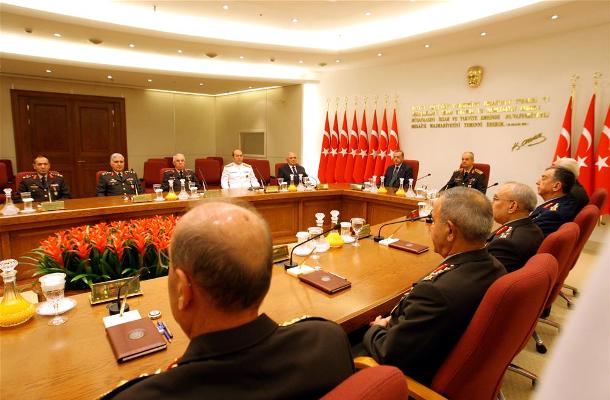 A National Security Council (MGK) plan — dated Aug. 24, 2004, titled the “Plan to Crack Down on the Fethullah Gülen Group in Turkey” and undersigned by Prime Minister Recep Tayyip Erdoğan, ministers and military commanders of the time — is already being implemented.

Though the government claims it was not put into action, there are several indications to suggest that the MGK plan is in effect. 1) The plan says: Legal arrangements to bring about heavy sanctions for Gülen-affiliated institutions should be adopted. To this end, the government has made a plan to shut down prep schools and force Bank Asya into bankruptcy. 2) The plan says: Gülen’s group should be closely monitored by public servants who are assigned abroad. To this end, Prime Minister Erdoğan ordered ambassadors during the sixth Ambassadors’ Conference in January to talk about the “unlawful activities” of the Gülen group abroad. 3) The plan says: The Interior Ministry should be watchful of efforts by Gülen’s group to make new members. To this end, the ministry removed from duty around 6,000 police officers who reportedly are sympathetic toward the group and reassigned them to lower positions.