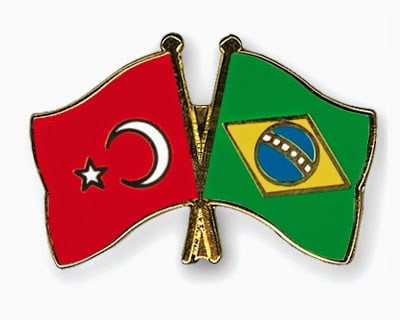 Brazilian Education Minister Antonio Neto said the deal was signed between “the people of the two countries” and expressed his gratitude to the Turkish entrepreneurs for their efforts to improve relations between the two nations.

“Thanks to this agreement and the planned intercultural high school, information pollution regarding the Middle East and Turkey will be cleared and our people will get to know more about Turkish people and culture,” Neto told Brazilian and Turkish press members after the signing ceremony on Tuesday.

The Brazil-Turkey Intercultural High School that will be established within the scope of the agreement will operate as a charter school and be run by people of Turkish descent. The school is planned to go into action at the beginning of the 2016-2017 academic year, which kicks off in February of next year.

Volunteers affiliated with the Gülen movement, also known as the Hizmet movement — an initiative inspired by Turkish Islamic scholar Fethullah Gülen that started out a quarter-century ago in the autonomous Azerbaijani region of Nakhchivan to support education for children abroad — now operate in 160 countries, with the founders of the movement and its volunteers welcomed with open arms around the world.

However, President Recep Tayyip Erdoğan recently declared a war against the Gülen movement since a major corruption investigation that implicated him and many people in his government became public in December of 2013 and has pressed for the closure of Turkish schools in countries he visits. Most recently, Erdoğan campaigned for the closure of these schools in Albania, a request respectfully dismissed by top Albanian leaders.