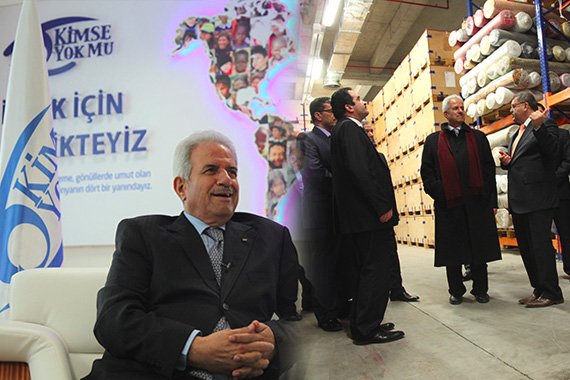 TODAY’S ZAMAN, İSTANBUL  Turkish charity foundation Kimse Yok Mu (Is Anybody There) has launched an aid campaign for the people of the Gaza Strip, where 166 Palestinians were killed during a recent conflict between Israel and Hamas.

Members of the foundation have distributed food, blankets and household goods as well as other items to the victims in Gaza since the start of the campaign, titled “Şimdi Gazze’de Yaraları Sarma Zamanı” (Now It’s Time to Relieve the People in Gaza). The foundation has recently delivered aid amounting to TL 200,000 to the Gazans.

Kimse Yok Mu has repaired houses that were damaged during the eight-day-long conflict in Gaza. The foundation has not forgotten about children, delivering 1,750 liters of milk along with 1,215 packages of diapers to families with children.

The aid foundation also extended a helping hand to the people in Gaza via Egypt in previous years. During the Eid al-Adha and Eid al-Fitr feasts of 2011, Kimse Yok Mu provided a total of $500,000 in relief to the people in Palestine.