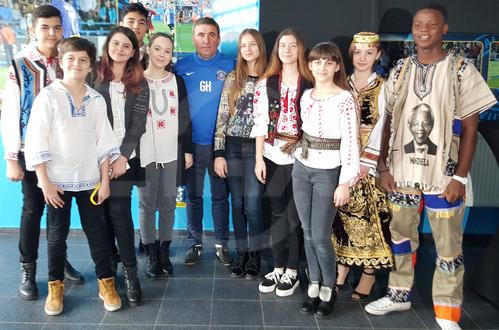 Remarking with warm and cheerful attitude towards students, Hagi greeted them one by one and served ‘baklava’ (a Turkish delight) which he called ‘legal doping’. The students took many photos and got shirts signed for their teachers with the Romanian star.

IFLC continues to bring together continents and cultures. The Romanian leg of the festival, which was attended by 2.500 students from 150 countries, with the slogan ‘Colors of the World’ will be held in the next days. Students also make tours and visits in Romania.