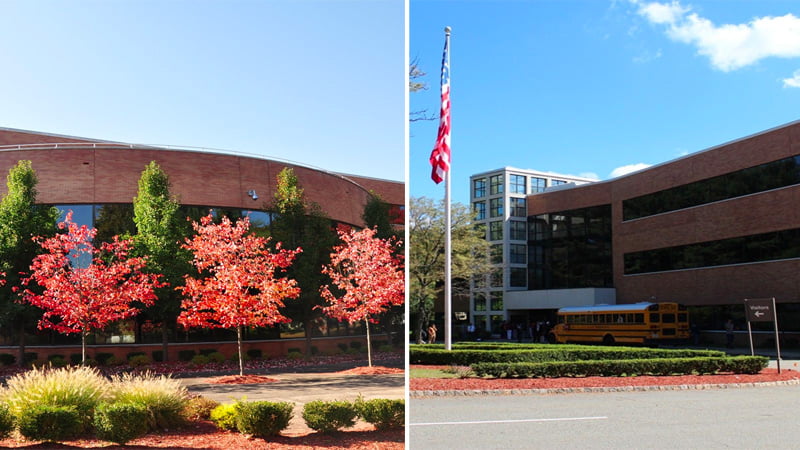 Colorful desks and chairs fill the rooms, and lockers line the walls, but the campus of the ambitious Turkish school that moved to Wayne this year still looks a lot like the corporate offices it once was.

The middle- and high-school students at the Pioneer Academy‘s remodeled 165,000-square-foot, $11 million building lug around their backpacks in the glistening, marble-floor lobby and eat foil-wrapped sandwiches in a spacious dining room that fits 300 people.

The private international school, serving 239 students in Grades 6-12, opened in its new location in September, having moved there from a former Roman Catholic elementary school in Clifton, which had one-eighth the space. With the new campus, enrollment is expected to grow. 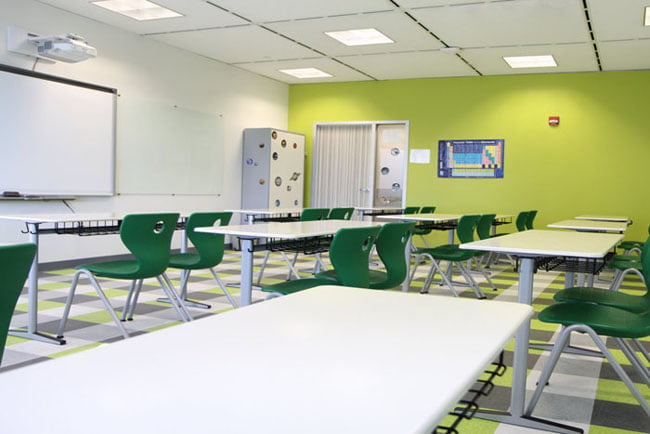 “The old building, we were not fitting in,” Principal Sukan Alkin said. “We didn’t have enough facilities. The classrooms were limited.”

The new 6.3-acre campus, formerly inhabited by BAE Systems, a British defense contractor, has a modern look. Rooms have glass walls, security cameras are installed throughout the building and students in the Web design class work on glossy iMac computers. And to enter the lunch room, students plant their finger on a scanner atop a turnstile instead of swiping an ID card.

“They can forget the card, but they can’t forget their fingers,” Alkin said.

Remodeling took three months in the summer, Alkin said. The dorm rooms on the second floor, for example, had to have showers installed. The gym, basketball court and tennis court are new. Facilities for soccer, baseball and hockey are planned.

About half of the enrollment are international students from Turkey who live on campus; the rest tend to come from Clifton and Paterson, which have large Turkish immigrant populations. Most students take Turkish language classes, Alkin said.

With the move, the school has large changes in store. It plans to re-introduce its elementary school, which closed in 2011 because of a lack of space in Clifton. It is also turning the high school into an all-boys school, after the girls in the 11th and 12th grades graduate.

By the 2015-16 school year, the high school will be entirely male, though the middle school will remain co-educational. Alkin said the Amity School in Brooklyn would serve female students graduating from middle school.

Most students who graduate from Pioneer go on to college in the United States. Like other preparatory schools, the high-achievers load up on Advanced Placement classes and take SAT preparatory courses, offered at the school on Saturdays, in hopes of gaining admission to an elite university.

Furkan Haney, 16, in 11th grade, came from Turkey in ninth grade. He saw a presentation for the school when he was in eighth grade. “It was like a dream for us,” Haney said of going to a boarding school in the United States. “And the dream came true.” 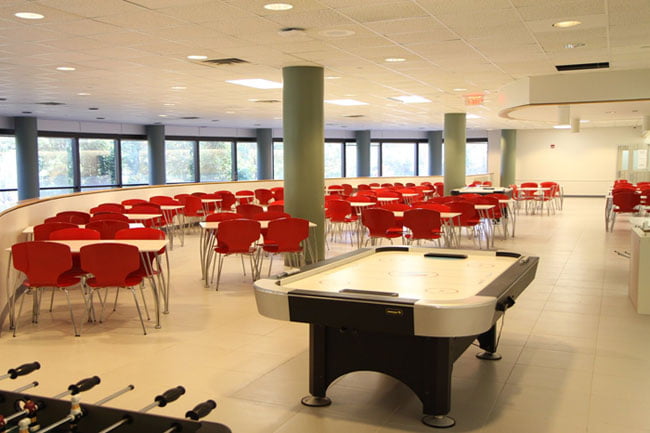 He said he aspires to go to MIT or an Ivy League college.

Mehmet Can, 12, said he prefers the school to South Amboy Elementary School, which he attended before, “because it’s more advanced and more of a challenge.”

“I really like it,” he said. “The facilities are better and it’s way more fun, too.”

The first floor is used for classes and the second floor houses the 117 on-campus students. The third floor is empty for now — opening up possibilities for expansion. It’s a far cry from the Clifton campus, where the dining room also served as classroom, library and meeting room, Alkin said.

“We have plenty of space to grow,” Alkin said.

The move to Wayne nearly fell through after the Township Council in February 2012 banned dorms throughout Wayne, except at William Paterson University and St. Joseph’s Wayne Hospital. A judge ruled in May that the ban wouldn’t apply to the Pioneer Academy because it had submitted its application before the council adopted the ordinance.

In August 2012, the Planning Board approved the application.

The school was previously known as the Pioneer Academy of Science but is phasing out the science part to better represent its broader liberal arts curriculum, Alkin said. Though it is not a religious school, most students come from religious homes, he said. Some girls wear the Islamic headscarf.

The school is a member of the Turkic American Alliance, an umbrella for 150 local organizations around the country — including the Interfaith Dialog Center in Newark and the Turkish Cultural Center in Ridgefield — that adhere to the teachings of the Pennsylvania-based Turkish Islamic scholar Fethullah Gülen.

The school in Wayne receives funding from donations in the local Turkish community, Alkin said, as well as tuition. The school also took on loans to buy the $11 million building.

Tuition is $9,500 for middle school and $11,250 for high school. Living on campus costs $27,500. The school doesn’t offer financial aid, but does offer scholarships for stand-out students, Alkin said.

The school is hosting open houses on Tuesday, from 6 p.m. to 8 p.m., and Saturday, from 1 to 3 p.m. It accepts applications for the next school year until mid-April.