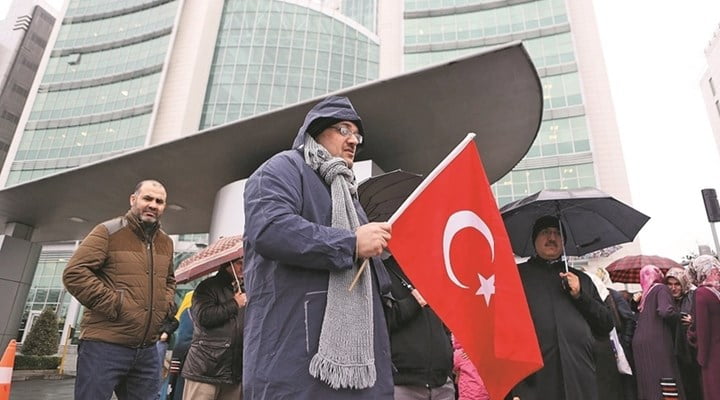 Turkish President Recep Tayyip Erdoğan's statements targeting the Hizmet movement saying “either they will accept the presence of this state or they will disappear” is a clear hate crime, prosecutable at the Hague.

Marmara University professor and constitutional law expert İbrahim Kaboğlu slammed the rhetoric as a clear hate crime. “Such radical statements and threats are definitely a hate crime. It is not the first.” His sentiments were shared by criminal law expert and President of the Human Rights Agenda, Prof. Günal Kurşun. “Erdoğan’s statements were a hate crime. The vengeful statements are increasing by the day. I would hope that they would not reach to the point of an act of genocide.” He added that Turkey has yet to even face up to past killings and massacres.

Prof Sami Karahan from the Marmara University Law Faculty elaborated on the severe and broad-based implications of Erdoğan’s statements. “Individuals are being fired from TÜBİTAK. Schools are being taken over. Mobile operator AVEA is refusing to serve individuals of a certain point of view. Bank Asya is being overhauled. Soon the seizure of assets will follow. The effects of the destruction policy is being down to the base of society. Such matters are a concern for The Hague.”

Prof Karahan argued that the President’s statements may even be regarded as an act of genocide per the Rome Statute of the International Criminal Court’s sixth clause, which states the following:

“For the purpose of this Statute, “genocide” means any of the following acts committed with intent to destroy, in whole or in part, a national, ethnic, racial or religious group, as such:

(a) Killing members of the group;

(b) Causing serious bodily or mental harm to members of the group;

(c) Deliberately inflicting on the group conditions of life calculated to bring about its physical destruction in whole or in part;

(d) Imposing measures intended to prevent births within the group;

(e) Forcibly transferring children of the group to another group.”

He further added “the statements [of Erdoğan] can be prosecuted in the Hague.” The Marmara University law professor expressed that Erdoğan should have instead preferred to say “everyone has to abide by the constitution,” adding that the people have the right to challenge any violations of the constitution.