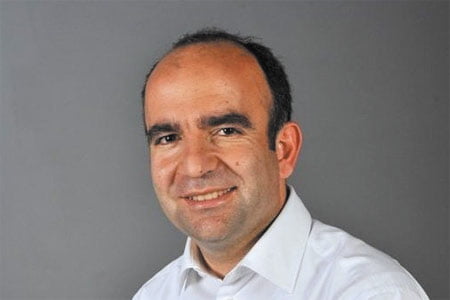 If I were to touch on Turkey’s national agenda by discussing the recent successful trip made by President Abdullah Gül to Tunisia, my sense of disappointment would be great. As I tried to express in my recent column “Tunisia will be a model for Turkey,” the Tunisians, who only one year ago rid themselves of a dictator with minimal damage in the process, are acting more maturely and gaining greater strides in democracy than Turkey.

There might be some who find this analysis exaggerated, especially as there has been much talk lately of how Turkey is an example for the Arab world. This talk has certainly managed to inflate our egos. But for those who do find this exaggerated, please allow me to remind us about the ongoing and quite successful Tunisian reform process: The Tunisians, whose “Jasmine Revolution” of Jan. 14, 2011 triggered a period of great change, not only in their own country but throughout the Arab world, also managed to pull off a free and fair set of elections last Oct. 23, less than one year after the revolution. The final outcome of this democratic race, in which every political view had representation, was that a new “founding parliament” was formed, charged with preparing a civil constitution in less than one year.

Although he is the leader of the Ennahda (Renaissance) Movement, which played a vital role in the Tunisian revolution, Rashid al-Ghannushi did not demand a seat in national politics, thus displaying a stance of great maturity. In Tunisia, Islamic, leftist and liberal-minded parties came together in a coalition government. The offices of the president, prime minister and parliament speaker were distributed among names of different ideological and political stances but who agreed upon the basic tenets of democracy. And now, despite serious economic problems and a turbulent path towards democracy marked by the same sort of provocations Turkey has experienced, this new Tunisian founding parliament is writing a constitution.

The chance to participate in the Abant Platform immediately in the wake of observing these positive changes in Tunisia was both a great way to transition back into Turkey as well as just being a hope-inspiring experience in general. The Abant Platform brings together people of different ideological stances to debate and discuss important issues. It has been doing so now for the past 10-15 years; some of the topics include democracy, human rights, identity questions and state-religion relations within Turkey.

This most recent meeting of the Abant Platform again saw all the various ideological stances in the nation represented. Topics ranged from the unchangeable articles of the current Constitution to education in one’s mother tongue, from problems of minorities to the position staked out by the Ministry of Religious Affairs. All the topics that will present the greatest problems when writing the new constitution were debated. Parliament Speaker Cemil Çiçek actually prepared concrete suggestions and proposals for each category in his opening speech.

One could easily ascertain some of the very important messages contained in this meeting:

1-The preparation of a civil constitution should not be as difficult as some seem to think, especially if is there is a sincere desire to see one prepared, and if actors from the various difficult political positions come to reach a compromise. Following along these lines, Kurds, Turks, liberals, conservatives, Sunnis, Alevis, right-wing people and leftists should all be able to come together without wringing each other’s necks.

2-The most basic framework that allows for people of different views to come together and talk is of course universal values such as democracy and human rights. But perhaps the most important factor in bringing together so many people from such different factions is the Abant spirit. Suggestions voiced were even rejected on the grounds that they “did not fit the spirit of Abant.” Though difficult to describe, the Abant spirit indicates a basic standard for achieving a mutually agreed upon democratic community. This was shown in the cooperation between Agos newspaper publications director Rober Koptaş and Association of Human Rights and Solidarity for Oppressed Peoples (MAZLUM-DER) President Ahmet Faruk Ünsal in passing a declaration on the headscarf issue.

3-Of course, if a civil constitution is really to be made, it will be achieved by Parliament. The Abant Platform shows the political arena the way, by drawing a route towards overcoming the status quo and by also showing that it is possible to transcend lack of compromise on even the most difficult of topics.

4-One of the messages that came out of the debate and discussion at the Abant Platform was that the national and international campaigns aimed at making the Gülen Movement appear as though it is actually trying to blockade the way towards democracy are not all that well-intentioned.

Turkish society does not deserve to be guided by the 1980 coup Constitution that stands in place today. But the essential question is whether the ruling party and the political opposition on hand today possess enough desire and readiness to see a new civil constitution through.