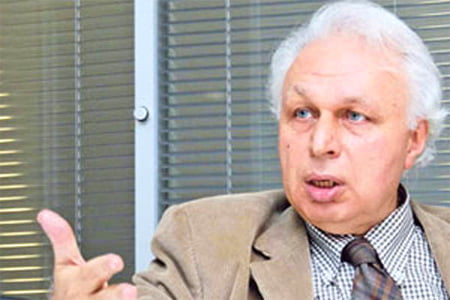 Each year nearly 4 million students take these exams, but only a minority of them can gain entry to the schools of their choice since the quality of high schools as well as of universities varies a lot. The huge gap existing between the best places available and the demand for them quite naturally causes a harsh competition, which is behind the origin of prep schools.

In a free market economy, whenever there is a demand for a good or service, its corresponding supply is created naturally; it’s that simple. However, the debate became furious and shifted into the political arena. Many commentators and politicians claim that behind this project lies the intention of weakening the Hizmet movement of Fetullah Gülen, which owns thousands of prep schools across the country. I am not convinced. I would like to continue to believe that the AK Party government has good intentions for wanting an end to end the furious race and its adverse consequences on Turkish youth. But at the same time, I think the government made the wrong calculations and that it is not fully aware of the negative consequences of eventually closing prep schools. Closing these schools would damage the AK Party in the end, no matter how the party defends its intention not to abolish them completely but to transform them into private schools.

The state would be ready to help this transformation through various incentives, the most decisive of them being a financial contribution for each student enrolled in these new high schools. Let’s assume that some prep schools are transformed into private schools. What will happen next? At least hundreds of new schools will be added to the existing ones. Given the fact that there is a high unused capacity in the existing private schools, the added and subsidized capacity will unavoidably see prices go down. The next stage is easy to predict: Hundreds of old and new private schools will default, sending thousands of teachers into unemployment.

One can also expect many court cases that may be opened by the existing schools because of unfair competition. I strongly recommend the government seek advice from the Competition Authority in this respect. What about the remaining prep schools that will be unwilling or unable to make the transformation? They will simply close their doors, sending thousands of teachers and service workers onto the street. The government says that it’s ready to hire these teachers in public schools without applying the established procedures. Today’s Zaman wrote two days ago that according to the draft prepared by the Education Ministry, only teachers who have five years’ experience and who are over 40 will be hired by the state.

Today’s Zaman estimates that the number of teachers who meet these conditions does not even reach 10,000 out of 60,000. The paper also claims that in addition to these teachers, some 40,000 people employed as security guards, janitors and cafeteria workers will also lose their jobs. I am not able to check these figures, but anyway even assuming that the government will hire all the prep school teachers and eventually the other workers in public institutions, it is certain that thousands of unemployed teachers waiting to be hired by the Education Ministry will take legal action on the grounds of unequal treatment and infraction of legal rules. Moreover, the number of existing underground private courses will increase as well as their prices, which would make the system more unfair.

Finally, the demand for extra courses will not disappear. This demand will not disappear as long as the huge gap between the best available places and the demand for them continues. Let me note that in France, which is known as one of the top raking countries for public education in Europe, prep schools exist for the most ambitious students who want to be successful in the entrance exams to prestigious schools like the Ecole Polytechnique or Ecole Centrale. Furthermore, I think that the AK Party government should study the Japanese and South Korean experiences, where there is also a very competitive system of entrance exams and of course prep schools, before taking a wrong and unfair decision.