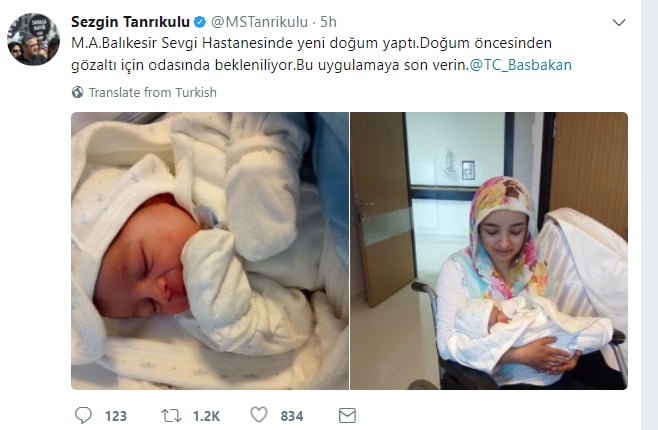 Sezgin Tanrıkulu, a deputy from the main opposition Republican People’s Party (CHP) has called on Turkish authorities to stop the practice of detaining women hours after giving birth due to their alleged links to the Gülen group.

Tanrıkulu posted several photos of M.A. and the new-born baby, and said: “M.A gave birth at Balıkesir Sevgi Hospital this morning. [Police] awaits just outside to detain her. Stop this practice.”

In a recent press conference, Ambassador Devrim Öztürk claimed that some Turkish nationals in Dhaka, in particular those working at the Turkish Hope School, were involved with what he called the Gülenist Terror Organisation (FETÖ). Foreign Ministry officials who spoke to the Dhaka Tribune said they saw the ambassador’s request as a violation of diplomatic norms.