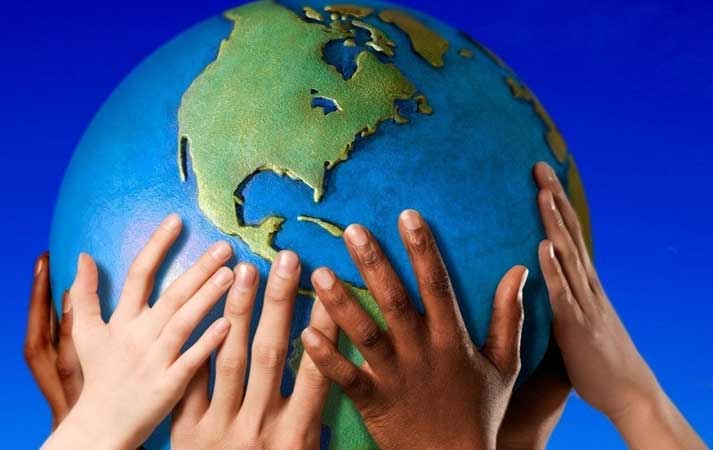 But over the recent years I decided to gradually shed my ‘opium view’ about religion after painstakingly evaluating the role of religious bodies in the development of human race.

Missionaries, from both the Christian and Islamic faiths, I realized, played and continue to play major roles in ensuring development in all facets of human endeavours, notwithstanding the underlying occasional rivalry.

However, the popular belief that a secular society will put an end to the unhealthy rivalry has often come under challenge by selfish individuals who manipulate religion to cause disaffection and sow the seed of discord.

Incidences of discrimination and refusal by groups to spread developmental projects to particular region(s) or communities based on their religion orientations continue to hold sway in most part of the developing world.

But the activities of Hizmet movement in promoting rapid human physical development continue to stimulate my belief that religion can enthrone the desired common good when properly harnessed.

Hizmet movement, which is inspired by a US-based Turkish Cleric, Fethullah Gulen, has been in the fore-front in propagating modern face of Islam, while at the same time building bridges of peace through interfaith dialogue.

The highly respected Cleric draws his motivation in promoting interfaith duologue from the harmonious relationships that took place in the Ottoman Empire, which consisted of Muslims, Christians, Jews and some Zoroastrians.

Gülen, who always advocate cooperation and understanding between followers of different faiths, has met with several leaders of other religions, including the late Catholic pontiff, Pope John Paul the II, the Greek Orthodox Patriarch Bartholomew, among many others.

Through massive establishment of secular schools in both Muslim and non-Muslim world, Hizmet appear to have opened a new vista in interfaith and intercultural activities, even as its sojourn into Africa as helped immensely in shoring up the level of education in the region.

The schools, apart from parading cutting-edge facilities, also award scholarship to brilliant students irrespective of religion or ethnic colouration. This has seen to significant number of Muslims, Christians, Hindus, Buddhists, among others benefiting from the scholarship scheme while still retaining their individual religious identity.

According to report, Hizmet educational footprint extends to over 160 countries with more than two million students in thousands of schools. Large chunk of the schools located in Africa are reputed to have foster unity and harmony among students of diverse backgrounds, in a region that is often bedevilled by sectarian strife and acrimony.

My recent visit to one of the schools associated to the movement was an eye opener, significant number of the staff in the school belong to the Christian faith. Students were treated equally and one could hardly differentiate their religion leanings except in few cases.

Hizmet, which means service, has no formal organisation structure. Unlike other religious group, it is not profit driven and has no official membership. But over the years its positive impact especially the focus on quality education has endeared it to many people.

The continuous attempt by President Recep Tayyip Erdogan led Turkish government to strangulate the movement while turning a blind eye to activities of violent groups that operate ‘under his nose’ aroused the concern of many people, who believe that the movement should be supported to counter those that hold extreme views about religion.

The Turkish government move to close down a network of private schools run by Hizmet outside its shores and a tongue-in-cheek campaign against other investments associated with the movement was resisted by affected countries, which see Hizmet as a worthy partner in ensuring human physical development.

Many say the Turkish president action may not be unconnected with his fear over the growing popularity of the movement, which he perceives as a threat to his ‘autocratic’ government that was in recent past enmeshed in corruption scandal and flagrant clamp down on media.

Before it fell out with the government as a result of bad governance, Hizmet played a part in driving the earlier electoral success of Erdogan, who has been in power for not less than a decade now. It has since keeps distance from established Islamic political parties

There are said to be millions of Hizmet followers in Turkey, where they promote tolerant Islam which emphasizes selflessness, hard work, interfaith interaction and education.

But the movement’s good work extends far beyond Turkey. The funding of hundreds of quality schools in almost all the countries in Africa and other parts of the world by the movement has continued to win praise from all quarters.

With a mix of moderate Islam, philanthropy and a touch of interfaith dialogue, Hizmet shows that religion is not opium of the people.

Niagara Foundation’s Nebraska chapter honored the recipients of “Niagara Foundation 2013 Peace and Dialogue Awards” at an award giving ceremony at Cornhusker Marriott Hotel, on November 15th. The ceremony was attended by over 100 guests, including the state’s high profile figures, who also had the opportunity at the event to get informed on Turkey and Anatolian people.