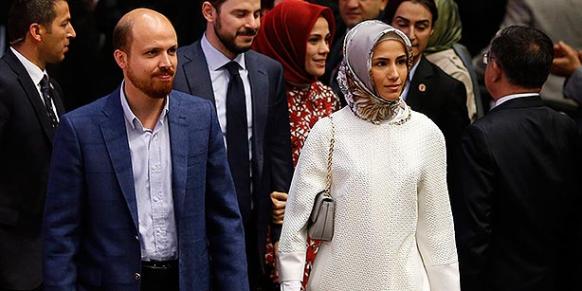 In a statement, Nurullah Albayrak said Star, Akşam and Güneş dailies published a slanderous article titled “Assassination order for Sümeyye” on Friday unjustly attributing this order to Gülen. “Those who slander are obligated to prove their slander,” he said.

“To be in power, to own newspapers and have unlimited access to public resources does not and should not give anyone the right to act in such a base manner,” Albayrak said. “We want the public to know that we feel ashamed to be forced to make such a statement about these despicable lies.”

The anonymous report in the three dailies alleged that the plan to assassinate Sümeyye Erdoğan was discovered through exposure of private messages between Twitter whistleblower account Fuat Avni, — which these dailies claim is held by journalist Emre Uslu — and a lawmaker from the main opposition Republican People’s Party (CHP), Umut Oran. Uslu denies he is the owner of the Twitter account.

Albayrak said some media organizations have begun publishing “unbelievable scenarios” recently and that they continue to fabricate new lies even though they are constantly denied by everyone involved.

The Ankara public prosecutor’s office immediately launched an investigation into the claims of the planned assassination. The investigation will be conducted by the bureau in charge of investigating “crimes against constitutional order.”

“This nation has never seen unlawfulness, immorality and lies at such a level,” Albayrak said, accusing those who fabricate such a claim of having “no sense of law, piety, morality and conscience.”

Such movements, especially if they’re Muslim, attract suspicion in the West. In 2008, the Dutch government began investigating Hizmet. Its conclusions were that the movement isn’t involved in terrorism or a breeding ground for radicalism, nor does it oppose integration of Muslims into secular states. In 2015, MLK’s alma mater, Morehouse College, awarded its Gandhi King Ikeda Peace Award to Gülen for his lifelong commitment to peace among nations. But Erdogan insists that Gülen is a terrorist.