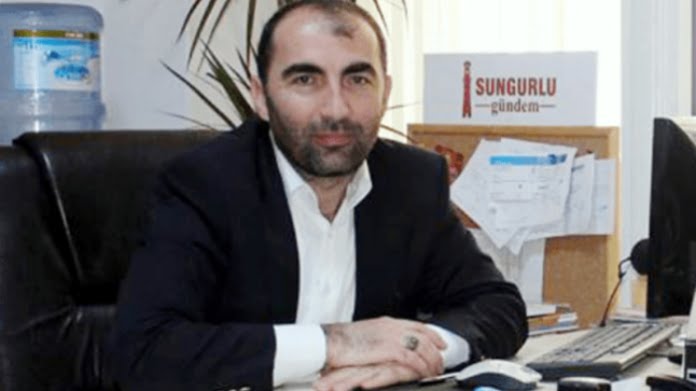 The Justice Ministry of Bosnia and Herzegovina has put an end to Turkey’s persistent efforts to have a journalist living exile extradited to Turkey on trumped-up terrorism charges, setting a strong precedent for other Turkish citizens resident in Bosnia who are being harassed and threatened with prosecution in Turkey, the Nordic Monitor news website reported.

Özer Özsaray, 47, formerly the publisher of Sungurlu Gündem, a local newspaper in the Sungurlu district of Çorum province, fled to Bosnia, a visa-free country for Turkish citizens, to escape persecution and a post-coup witch-hunt of journalists critical of the government following a 2016 coup attempt. His newspaper was raided by the police on Aug. 12, 2016, and a detention warrant was issued the same day.

The then-Sungurlu chief public prosecutor, Tunay Pulça requested Özsaray’s extradition from Bosnian authorities using unorthodox means. Pulça, the prosecutor of a small district, exchanged correspondence with the Bosnian Justice Ministry on his own through the Turkish Embassy in Sarajevo after learning that Özsaray was in Bosnia.

On May 2, 2017, with a cover letter in Turkish, Pulça asked for Özsaray’s extradition to Turkey, claiming he was a “founder and chief of an armed terrorist organization,” in reference to FETÖ, a derogatory term coined by the AKP government to refer to members of the faith-based Gülen movement.

According to official documents obtained by Nordic Monitor, the Turkish Embassy immediately conveyed Pulca’s letter and other documents in Turkish to the Bosnian Foreign Ministry, writing in English, “[The embassy] has the honor to submit herewith the original judicial documents prepared by Sungurlu Chief Prosecutor’s Office, concerning Özer Özsaray” and requesting that they be transmitted to the relevant Bosnian authorities.

When the Bosnian Justice Ministry decided to take legal action on the matter, tasking the Chief Prosecutor’s Office of Bosnia and Herzegovina with dealing with Turkey’s request, a lengthy and tense judicial process started for Özsaray.

On Nov. 22, 2018 a local court questioned the journalist and imposed a ban on leaving the country. The court also ruled there would be no deportation until the Bosnian judiciary made the final decision, given the fact that Özsaray had applied for asylum in Bosnia on May 11, 2018.

On Dec. 18, 2018 the Court of Bosnia and Herzegovina rejected Turkey’s request to extradite Özsaray on the grounds that Bosnia did not recognize a terrorist organization called FETÖ, referring to a Ministry of Security of Bosnia and Herzegovina document dated Nov. 6, 2018. The decision was upheld by the Bosnian Board of Appeals and announced by Justice Minister Josip Grubesa on Jan. 16, 2019. The minister noted that Turkey’s request did not meet the requirements for compliance with an agreement on Mutual Legal Assistance in Criminal Matters.

This allowed Özsaray to breathe a sigh of relief, but his problems were not yet over. He found out that a new petition had been submitted to the Bosnian Justice Ministry by the Turkish Embassy in Sarajevo on April 4, 2019 calling for the previous ruling to be reviewed once again in line with the Mutual Legal Assistance in Criminal Matters agreement.

Upon that request, the Board of Judges asked the Chief Prosecutor’s Office of Bosnia in May 2019 to present a legal opinion. The Chief Prosecutor’s Office stood behind the earlier court ruling and recommended rejection of Turkey’s extradition request once again. Finally, the Board of Judges decided on May 22, 2019 that the rejection of the extradition request was final and could not be appealed.

Signed by Senadin Begtasevic, the head of the Board of Judges of Bosnia, the final decision emphasized that Turkey’s request was a violation of the legal principle and international responsibility that called for the existence of a recognized terrorist organization as sine qua non for the crime of “being a founder and chief of a terrorist organization.’’

On May 28, 2019 the justice minister announced the final verdict of the Board of Judges and the dismissal of the petition submitted by Turkish authorities.