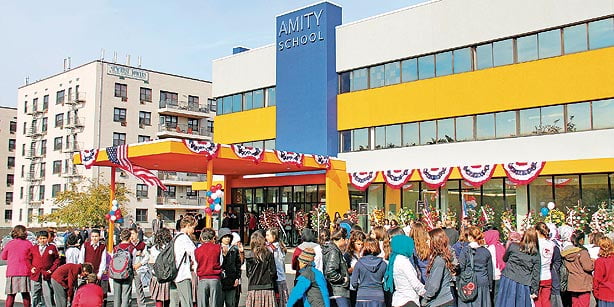 “This [closure of Turkish schools] is not possible. … Let alone the Turkish president, no one can shut down a private school in the United States,” Gibb has said.

During a visit to several African countries last week, Erdoğan urged African officials to end the operations of Turkish schools there. “In the countries we visited, we spoke about about the status of these schools, and said they should be closed,” Erdoğan has stated.

Erdoğan launched a battle against the Gülen movement after a corruption probe went public on Dec. 17, 2013, implicating senior members of the then-prime minister’s government. He accuses the movement of plotting to topple his government.

Scott York, the mayor of Loudoun County, Virginia, called Erdoğan’s attempt to shut down Turkish schools abroad “shameful.” He underlined that the president of the United States does not even have the power to close down private schools. “The attempt to close schools affiliated with the Gülen [movement] is a shameful move. Even President [Barack] Obama cannot shut down a private school in the United States,” he has said.

York praised the Turkish schools for the importance they attach to moral values, and added that the numbers of students attending those schools are rising. “Besides Pinnacle Academy in the United States, I had a chance to visit [Hizmet] schools in Turkey. I was impressed by the politeness and learnedness of the students. … Though they were high school students, everyone was already clear about their future [career] plans. The youths were motivated about university and the courses they plan to take,” York said.

Stating that the Turkish schools have become a part of American society, Gibb commended the schools for their success in achieving a level of education comparable to public schools. He noted that the appeal of the Turkish schools lies in the fact that the classrooms are less crowded and that more counseling is offered to students in those schools.

The ground breaking ceremony of a new 150-bed capacity high school dormitory for Ethiopian-Turkish schools’ Alem Gena campus was held in Ethiopia. In addition to Turkish businessmen residents of Ethiopia, Turkish Ambassador to Addis Ababa Kenan Ipek was in attendance at the ceremony. Ipek said “What distinguishes us from other nations is that we do […]