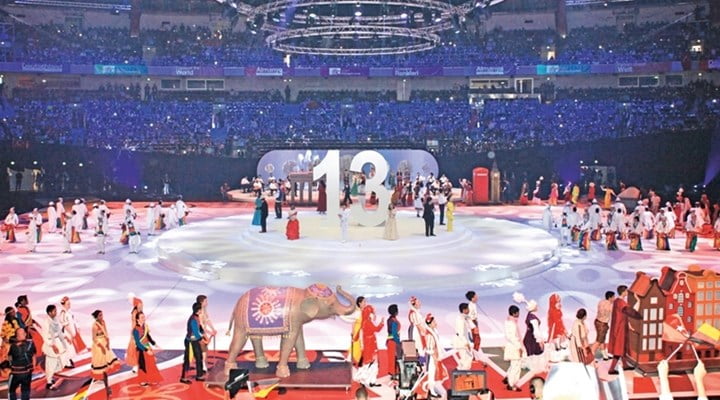 Forty-six Turkish schools across the globe leave crowds in Germany in awe with their performances during the 13th International Language and Culture Olympics held in Germany.

“We hope that this voice rising from Germany will spread across four corners of the globe,” stated host Kemal Gülen.

The Language and Culture Olympics Coordinator Halil Ursavaş said, “We hope the shining light of love and tolerance being sent tonight from Germany will enlighten the world and Turkey.”

The highlights of the show included the Tree of Life collage performed by 48 students, and students from Madagascar performing the Turkish folk song of “Dert bende.”