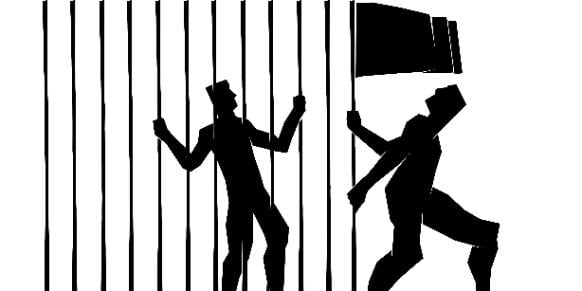 The big picture is quite clear but the asymmetrical use of power led by the AK Party government against the Hizmet movement has confused some minds while imprisoning some others through smear campaigns of the pro-government media and the hate speech of the government elites.

When it is hard to make sense of the events going around, we most of the time choose to do the following: We either cling to conspiracy theories or try to analyze the background of the events with a fresh mind and a truth-seeking perspective. Definitely, the simplest and the most applied option is the first one, which is also a frequently seen phenomenon in daily politics in Turkey.

Since the Dec. 17-dated corruption scandal, the first option has been most popularly used by the government. The government has been insisting on the argument that the interest lobby, war lobby, Jewish lobby, robot lobby and preacher lobby (Prime Minister Recep Tayyip Erdoğan uses “preacher lobby” referring to Fethullah Gülen) all are engaged in overthrowing the government with the aim to put an end to the “new Turkey” vision.

As a matter of fact, the corruption and graft probe which became public on Dec. 17 has made it crystal clear that the AK Party government treated democratic norms and values as an instrument to eliminate military tutelage and other bureaucratic blockages for a stronger leadership despite having a pro-democratic rhetoric and political program in the early 2000s. Today, the Internet bill, National Intelligence Agency (MİT) bill, law restructuring the Supreme Board of Judges and Prosecutors (HSYK), ban on YouTube and recently lifted ban on Twitter, pressure upon critical journalists and media outlets as well as businesspeople close to Hizmet movement all obviously show that the struggle has undermined democracy while empowering authoritarian practices.

The ongoing ban on YouTube, the unfair attitude of the Radio and Television Supreme Council (RTÜK) towards the Hizmet media outlets, the closure of the prep schools and the pressure exercised to shut down the Hizmet-affiliated Turkish schools abroad reveal to what degree oppression has taken the place of freedom.

The hate speech employed by Prime Minister Erdoğan and pro-government media against the Hizmet movement also shows that the fight is making the society more polarized. On the one hand, Hizmet volunteers are labelled as a virus and members of an illegal organization while on the other hand Gülen is labelled a fake Islamic scholar, agent and so on. Erdoğan calls for boycotting Hizmet-affiliated schools and newspapers and stigmatizes the movement as a “traitor” and a “parallel state.”

The big picture is clear. This fight is not a fight against only Hizmet. It is against democracy, freedom and the existence of a harmonious society. The most important thing for all the Hizmet volunteers to bear in mind is this: The ontological dynamic that Hizmet is based on is to work for “a new world” (as the title of the poem written by Gülen reads) having peace and order through representing the Muslim image as well as possible. It is noteworthy to state that the current crisis is an opportunity for the Hizmet movement to make a thorough internal review to determine if there is a deviation from this dynamic or not.