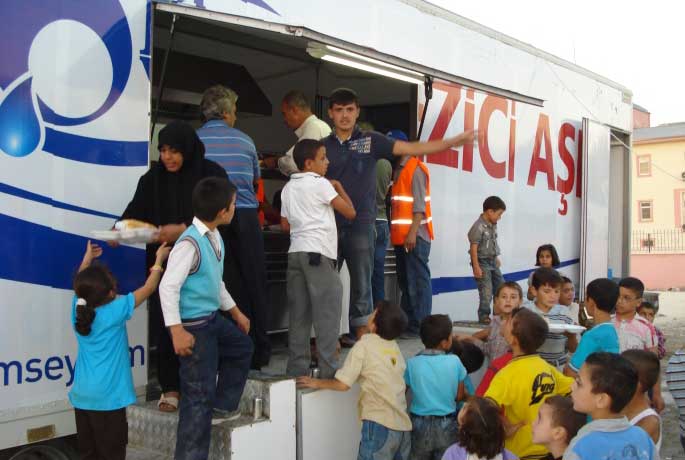 Almost half the population of Syria has been displaced by the violent conflict between the government, rebels, and ISIS. Nearly 1.6 million Syrians have fled to Turkey, and they rely on support for their basic needs from the government and civilian volunteers, many of them motivated by their Muslim faith. Kimse Yok Mu is one Turkish nongovernmental aid organization that sponsors a refugee feeding program near the Turkish-Syrian border.