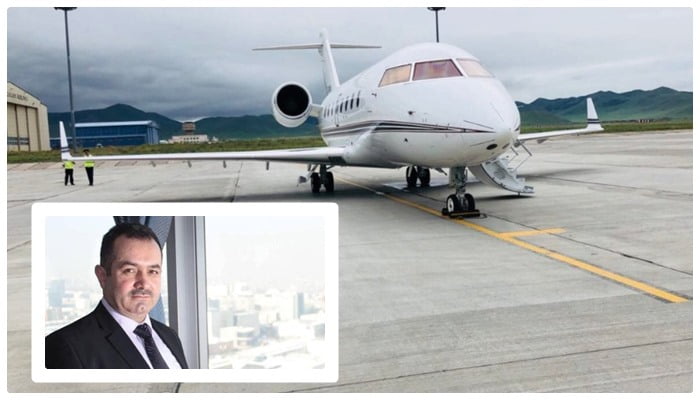 BEIJING (Reuters) – A Turkish teacher, who was allegedly kidnapped in the Mongolian capital of Ulaanbaatar and taken to the city’s airport, has been released after authorities temporarily grounded an airplane, according to local media and a social media posting by the man.

Veysel Akcay, who thanked Mongolians for their support on Saturday, was abducted in front of his apartment on Friday morning according to friends and family, who circulated details of the abduction on social media.

Ackay, who has lived in Mongolia for 24 years, is associated with the network of U.S.-based Muslim cleric, Fethullah Gulen, which Turkish authorities hold responsible for a failed 2016 coup in Turkey.

Ankara has branded the group as terrorists, and sought to detain those involved as part of a wide-ranging operation this year.

Supporters of Akcay accused Turkish authorities of having hand in his abduction. The Turkish Embassy and Ambassador denied any involvement, according to the Mongolian Ministry of Foreign Affairs statement.

Groups of supporters gathered at Genghis Khan airport holding signs demanding Ackay’s release on Friday, and human rights activists in the country spoke out publicly, urging the government to take action against the abduction, which they believed was politically motivated.

The plane was grounded by authorities, and later left the country without Akcay at 9:15pm in the evening.

Mongolian authorities said they do not have specific knowledge of the abduction, and are conducting an investigation.

Mongolian deputy Foreign Minister Battsetseg Batmunkh said that if the accusations were true “it is an unacceptable act of violation of Mongolia’s sovereignty and independence and Mongolia will strongly object it.”

Batmunkh made the comments during a meeting with a diplomat from the Turkish Embassy on Friday.

Akcay is currently a general manager at the Empathy Worldwide Educational Institution, which runs Turkish-Mongolian joint schools established by the Gulen Movement 25 years ago.

Turkey has urged Mongolia to shut down the Turkish schools since 2016.

Human rights activists warned that any involvement by Mongolian authorities in Ackay’s abduction would be in direct violation of constitutional laws that bar the torture, forced abduction and other human rights crimes.

“If Mongolia was really involved, then this is a national shame,” said Bolorsaikhan Badamsambuu, Chairperson at Amnesty International in Mongolia.