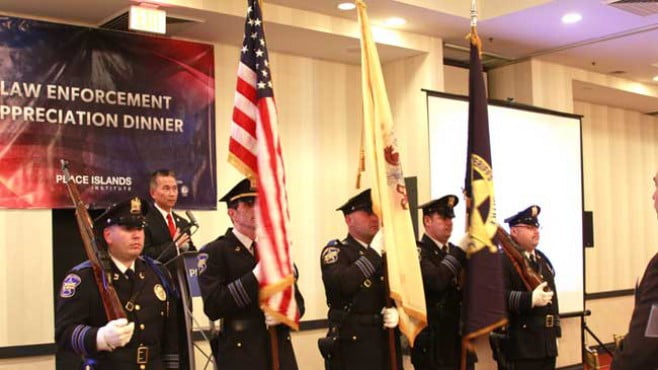 The outstanding contribution of law enforcement officers was recognized at an award ceremony in Morristown, New Jersey.

According to Aaron Ford Special Agent in Charge with the FBI, such events and community input really help officers do a better job.

Among the recipients was Special Agent Daniel Garrabrant who was awarded for his rescue of victims of human trafficking and slavery.

Deputy Chief US Attorney in New Jersey Caroline Sadlowski was also awarded for her role in establishing a program that facilitates the transition of convicted felons after incarceration.

The Peace Islands Institute is a non-profit organization that unites different points of view in an atmosphere of mutual respect and acceptance, while fostering better insights into social problems.