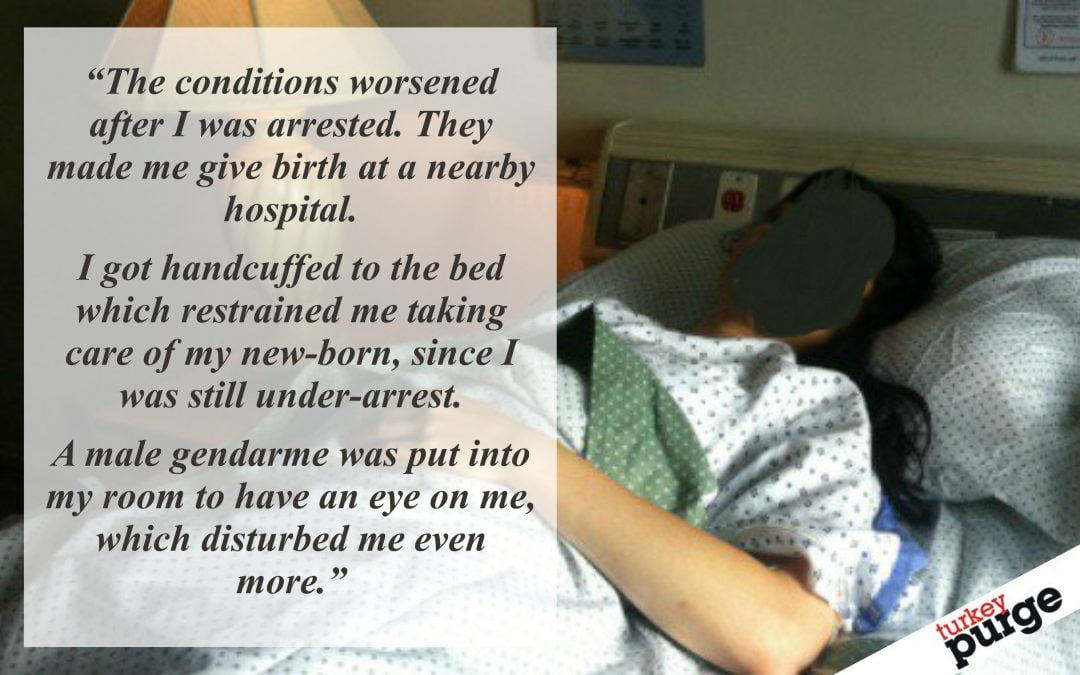 The victim said she was arrested due to alleged links to a so-called “terrorist” organization, FETÖ, a term coined by the Turkish government to refer to followers of the Gülen movement. While eight months pregnant, she was taken from her home by police and subjected to harsh treatment in custody.

“The conditions got even worse after I was arrested. They made me give birth at a nearby hospital. Since I was still under arrest, I was handcuffed to the bed, which prevented me from taking care of my newborn. A male gendarme was stationed in my room to keep an eye on me, which disturbed me even more. I requested to be sent back to prison because I preferred the poor conditions in prison to being handcuffed to the bed, unable to touch my child.”

Back in prison, she appealed the court decision ordering her arrest. She was released pending trial days after her petition.

“I had already claimed to be innocent many times and denied all the charges before I was arrested, but still was arrested without any evidence being presented. Now, I pray for my child’s health, but I am worried that the ill-treatment in prison might have negatively affected my baby.”

She is believed to be only one of many victims of the political oppression that has led to the purge of hundreds of people in Turkey.