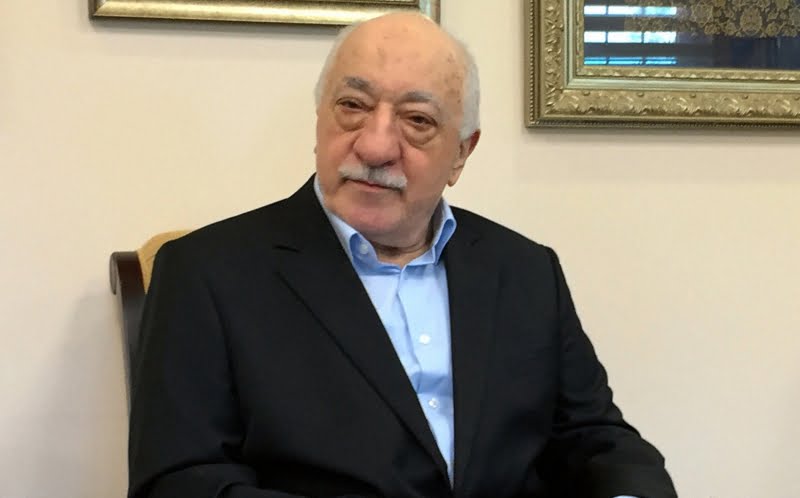 The botched July coup against Turkish President Recep Tayyip Erdogan and his government is putting renewed scrutiny on a global network of schools allegedly linked to an Islamic scholar living in rural Pennsylvania.

As Erdogan’s government continues its domestic crackdown in the wake of the failed putsch — detaining or firing thousands of soldiers, teachers, judges and business leaders — it has ramped up pressure on the U.S. to extradite Fethullah Gulen, a 75-year-old preacher once allied with the Turkish leader and now blamed by his regime as the coup’s mastermind.

Part of that campaign involves persuading the U.S. to investigate or close schools Turkey says are tied to the cleric. A Turkish delegation visited Washington in August to reiterate their call for Gulen’s extradition and stronger efforts to clamp down on his support network, calling him a terrorist. That pressure continued when Vice President Joe Biden traveled to Turkey to meet Erdogan last week. Gulen rejects the accusations and publicly opposed the coup.

“All across the board, people are skeptical of the Gulen community, and they are using this time to settle scores, old scores,” said Aykan Erdemir, a former member of Turkey’s parliament and senior fellow at the Foundation for Defense of Democracies in Washington.

The coup’s aftermath has fueled the biggest crisis in U.S.-Turkish relations in a generation, and those tensions will be on display this weekend when Erdogan and President Barack Obama meet during the Group of 20 Summit in China. With the U.S. dependent on Turkey’s Incirlik air base as part of its war against Islamic State, Biden sought to sooth relations with the NATO partner.

“Our support is absolute and it is unwavering,” Biden said alongside Erdogan, who described the alliance with Washington as a “model partnership.” Nonetheless, frustration over the Gulen situation surfaced and Biden was forced to explain the U.S. justice system and procedures for extradition.

“The Constitution and our laws require for someone to be extradited that a court of the United States has to conclude there’s probable cause to extradite,” Biden said. “How long it will take will depend on what evidence is presented.”

Through books and speeches disseminated online from his redoubt in the Pocono Mountains, Gulen has preached a philosophy of moderate Islam and education advocacy to millions of followers. His movement is credited with building thousands of educational institutions worldwide, including more than 100 in the U.S., where it has capitalized on growing public support for taxpayer-funded charter schools.

Even before the revolt, this network was already in Erdogan’s sights. Critics say Gulen gets payments from supporters doing contract work on the schools or from “donations” made by Turkish instructors brought to the U.S. on special visas to teach at them, charges he has rejected. Instead, in legal documents, Gulen describes himself as “an educator to other educators” and someone whose ideas have influenced teaching.

Alp Aslandogan, head of the Gulen-inspired Alliance for Shared Values, said in an interview that the preacher hasn’t had a role in establishing or founding any school since his movement’s early days in Turkey decades ago. Any current ties are merely on the “intellectual or inspirational level,” he said.

Several charter chains thought to be related to the Gulen movement have been investigated by local authorities for misusing taxpayer dollars, but the inquiries haven’t resulted in charges of wrong doing. That hasn’t stopped Erdogan’s government from stepping up its campaign.

In October, Turkey retained law firm Amsterdam & Partners LLP to investigate U.S. schools from Florida to Texas for allegedly misusing public funds and spreading Gulenist propaganda. Abroad, Somalia has closed all schools related to the movement and Azerbaijan took a pro-Gulen broadcast off the air.

Without legally convincing evidence, researchers and Gulen critics are left in the position of arguing that the recluse manages to benefit indirectly from the educational network he inspired.

“We have what I would call very significant and incriminating circumstantial evidence,” Amsterdam lawyer John Martin said in a phone interview. He said local investigations haven’t been effective because they don’t look at Gulen’s global network of support.

“This is how he operates as a leader,” said Josh Hendrick, a sociology professor from Loyola University in Maryland who wrote a book on the Gulen network. “This is not a vertically-integrated firm” with Gulen directly and publicly at the top, he added.

Some of the evidence linking Gulen dates to arguments made by his lawyers a decade ago when he was applying for permanent U.S. residency. According to reports by the Philadelphia Inquirer at the time, Gulen’s legal team told a Philadelphia judge that he should be able to stay because of his standing as an important educational figure in the U.S., whose influence led supporters to establish “more than 120” charter schools.

H. Ronald Klasko, a Philadelphia-based lawyer who represented Gulen in the immigration trial, said via e-mail that he doesn’t recall any mention of the charter schools but that if they were included, “it was a very minor part of the presentation.”

For many U.S. families, the schools Turkey accuses of having subversive connections have won praise for their performance. Houston-based Harmony Public Schools has won national awards for its science education, for example, and graduation and college acceptance rates are higher than the average public school.

Florida officials are deciding whether to open a formal probe into River City Science Academy in Jacksonville, which has received high marks from parents and the community.

“It has a strong reputation in Jacksonville. With that said, the financial connections are concerning,” Duval County Superintendent Nikolai Vitti said. The school itself has dismissed the accusations or any suggestion that it has ties to any “organization that has been accused of orchestrating the recent coup attempt in Turkey.”

And though it hasn’t presented convincing evidence of wrong-doing, Turkey’s U.S. campaign against the schools has had an impact.

Umit Yapanel, who leads Magnolia Public Schools’s board of directors, told the Los Angeles Times in a Sept. 1 story that he was inspired to teach by Gulen’s philosophy. That network was challenged by Turkey’s lawyers, who sent a letter to a local school board early this year urging it to deny the charter’s application to open a school in Fremont because of alleged financial connections to Gulen.

“This is an attempt to firm up Erdogan’s position in Turkey by discrediting opponents,” Magnolia said in a statement, calling the accusation baseless.

But Turkey’s position won out in the end. In January the Fremont Unified School District’s Board of Education rejected Magnolia’s proposal, citing struggling enrollment levels at other network schools, a failure to find a location for the school and questions about the school’s proposed budget.

At the public hearing where the board’s report was presented, Magnolia said it was withdrawing its petition to open the school, but the board took its decision anyways. The vote was unanimous.