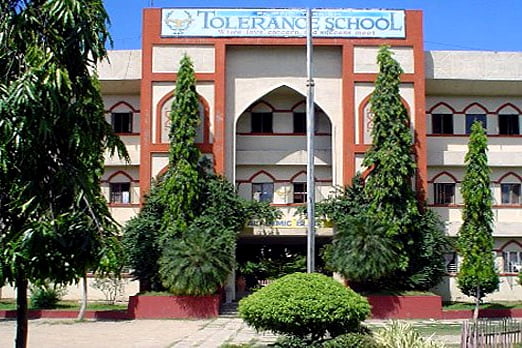 Fountain Magazine held a conference recently, titled “Peacebuilding Through Education”, in New York in cooperation with the Peace Islands Institute. Some institutions were honored with the best practice award, as they have served the peacebuilding under difficult conditions. Among the honorees was The Filipino–Turkish Tolerance School (FTTS), Zamboanga, The Philippines. Below is an article about this school serve peacebuilding. The article also includes a story about some Kurdish youth in South Eastern Turkey.

Most children of the picturesque city of Zamboanga in the Philippines’ troubled south are groomed to be cautious in making friends believing in a different religion.

Zamboanga Peninsula, the sixth most populous region and the third geographically largest in the Philippines, is home to 70 percent Christians and 30% percent Buddhist and Muslim people.

The peninsula has been in the headlines for Moro Islamic Liberation Front’s militancy against security agencies. The Muslim outfit brands its actions as ‘freedom struggle’ which has taken heavy toll on civilian lives over the past two decades.

The Christian and Muslim communities have adapted to live in a tense equilibrium, with fire fights and bomb blasts claiming precious lives on one hand, and soaring number of unconstitutional disappearances on the other.

Wherever the two enraged communities live side by side, traffic on the roads dividing them becomes litmus test for peace or unrest in the vicinity.

While compatriot tourists visit the country’s southern peninsula exercising caution, some foreigners are seen calmly working in a Zamboanga school.

Since 1997, Turk educationists are sowing the seeds of tolerance and co-existence through the Filipino-Turkish Tolerance High School located in the heart strife-torn region.

With humble beginning of 89 students, the institution today has boarding and teaching facilities for over 1,000 students.The school gets equal attention of Christian and Muslims parents and their offsprings.

“It also has one of the best dormitories not only in Zamboanga, but in Mindanao.The Filipino-Turkish Tolerance School, considered one of the best in the region, has produced a number of students that topped in many international competitions and were even cited for their excellent educational skills,” noted The Mindanao Examiner newspaper in one of its story in 2007.

Encouraged by the vision of a Turkish Muslim scholar, M. Fethullah Gülen, over 1,500 non-governmental Turkish educational institutions have spread to almost 115 countries worldwide.

“The Turkish and Filipino staff’s proud claim was a stunning reality for me as Muslims and Christian students were getting education with true spirit of a culture of dialogue and tolerance,” Fr. Michel shared these remarks with gatherings around the world.

He noted that children befriended their class fellows regardless of religious divides, thus their parents not only started communicating with each other but also eventually cooperate for children and community’s future both.

During a visit to Turkey in September 2009, Philippine President Gloria Macapagal-Arroy expressed need for increase in the number of Turkish schools to help “strengthen mutual relations”. She vowed to learn from Turkey’s experience “in helping the people of different faiths in our nation to accept one another.”

The Philippines is not an exception in strengthening bilateral relations with Turkey after fruitful contribution of schools. Many African nations saw following the Turkish embassy years after the voluntary Turkish schools made their mark.

Recollecting his experiences in the Philippines, Ahmet Yamakoglu, former Principal of the Phillipines-Turkish Tolerance School, recalls a meeting of Kayseri philanthropist businessmen with Governor of Zamboanga Mrs Maria Clara Lobregat.

Ahmet quotes the governor as saying, “You have changed the misconceptions formed in our minds owing to the unfortunate clashes between the Muslims and Christians, and you made us love Muslims and Islam.”

On occasion of the Philippines National Day, Ahmet recollects, “When our students were parading before her, she stood up and announced to the public: And now my new children are passing out before us!”

This success did not come in platter for the Turkish educationists. Long after submitting papers for opening schools in Manila, the Turks received no results owing to the deep-seated suspicions of the central government about Muslims.

Only in 2001, the final decision for opening the school was passed; however then slow-moving bureaucracy still had question marks about presence of Muslims educationists in the conflict zone. Until Mrs Maria assigned her parliamentarian son Celso Lobregat to facilitate her Turkish friends with the processes, hopes were dim.

Celso Lobregat told his politician colleagues, “We fought with Muslims for many years in the Mindanao region. There might have been no bloodshed in the south if we had them many years ago.”

Thus, the Turkish NGO got permission in style to open more branches back then.

Before dying Mrs Maria bequeathed her wish to Celso Lobregat to be the beneficiary of the Turkish schools in the Philippines. Lobregat became the Governor of Zamboanga and Turkish school quitely spread their message of co-existence and tolerance.

Such experiences have borne fruit in Turkey as well where Kurdish militants are attacking civilian and security personnel indiscriminately, alleged at the behest of external factors.

Abdullah Aymaz, a Turkish educationist, recalls a touching incident involving two Kurdish-speaking students who went on rampage in school 15 days after enrolling and lodging in the school.

Realising sensitive nature of the region, the principal treated the students with affection.

One of the students, whose name has been kept anonymous, is quoted as saying: “We were told so many negative things about you that we hated you and we came to burn the school, but we couldn’t.”

In another incident, a student from Cizre – a Turkish town near the Syrian border – wrote to the principal, “Until recently, I used to see Turks as our sworn enemies but now I loved you all. If you had come here earlier, terrorism might not have been here.” The youngster regretted about his uncle who has adopted Kurdish guerilla lifestyle in the mountains.

The bar of expectations from the Turkish schools’ peacebuilding role is rising world over as many Muslim and non-Muslim geographies, too, long for tranquility and peaceful coexistence.