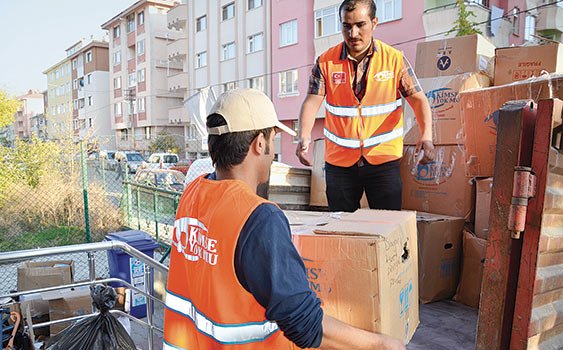 Turkish relief association of Kimse Yok Mu (KYM) and United Nations High Commissioner for Refugees (UNHCR) unveiled a common project for Syrian refugees in Turkey which aims to collect cash aid. UN funded 3,5 million Turkish Liras (around 1,75 million USD) to the project while KYM will organize the delivery of the money to the bank accounts of 17000 Syrian refugees in amount of TL 100 throughout January and February.

Speaking about their commonly organized project with UNHCR, Head of KYM’s İstanbul office Celal Türkoğlu stated that they are frequently in touch with the UN while KYM is accredited to the UN’s Economic and Social Council.

Meanwhile, Kimse Yok Mu provided relief in worth of TL 50 million (25 million USD) with its own means since the Syrian civil war broke out.