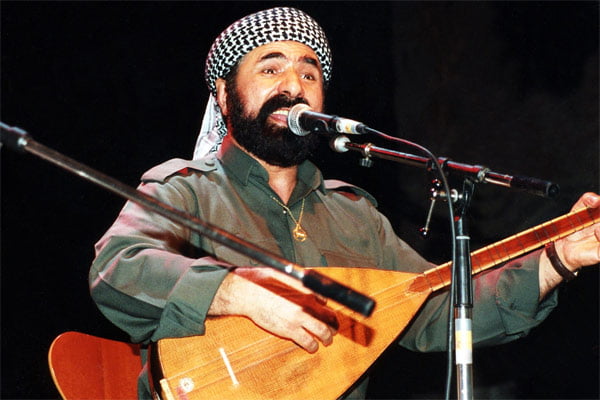 Famous Kurdish singer Şivan Perwer has said he found the remarks of well-respected Turkish Islamic scholar Fethullah Gülen on the peace process to end the Kurdish issue “important.” Perwer described the announcement of support from Gülen as a “significant event” as he said people in Turkey listen to what the Islamic scholar has to say.

Turkish authorities and jailed leader of the terrorist Kurdistan Workers’ Party (PKK) Abdullah Öcalan have launched peace talks to draft a road map in a bid to end the decades-long conflict that has left more than 40,000 people dead. Gülen threw his weight behind the initiative and backed the process in a recent speech earlier this month.

Perwer, speaking to the Rudaw daily, published in northern Iraq, said Gülen had “very good” statements on the peace process and praised his remarks.

“His announcement of support for this process is a significant event. He is serving people’s literature, art and faith across a broad area. His schools are well received across the world. His backing of the solution to the Kurdish problem is a necessity,” Perwer added.

Saying that he is expecting Gülen to get more involved in the Kurdish issue, Perwer noted that Gülen is doing his best to handle the issue in the best way.

Menekse Tokyay for Southeast European Times As Turkey’s EU bid has stalled, a group of prominent scholars agree that negotiations can only proceed if Turkey advances democracy, drafts a new civilian constitution and resolves of the Kurdish issue. The Abant Platform has long been a progressive force in Turkey, bringing together intellectuals to debate and […]