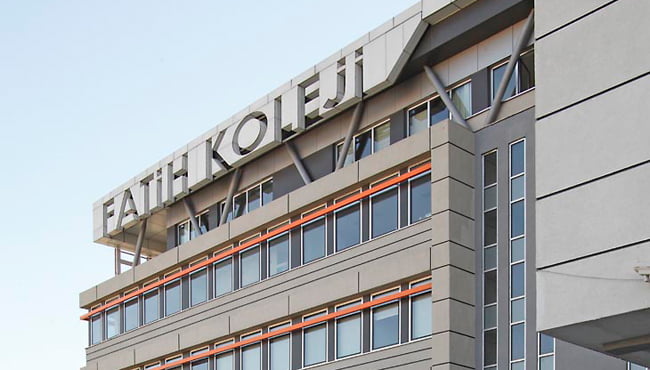 Some private schools affiliated with the Hizmet movement, a faith-based social movement inspired by Islamic scholar Fethullah Gülen, have been prevented from accessing government incentives.

According to an official list published by the Education Ministry on Monday, many high-achieving private schools did not make the cut to be eligible for financial aid from the government.

The government announced earlier that it will provide cash credits ranging from TL 2,550 to TL 3,550 per student but limited the number of schools that can benefit from this incentive program.

It turns out that many schools affiliated with Hizmet were not on the government list, indicating that the government of Prime Minister Ahmet Davutoğlu is keen to put pressure on the movement, which has been critical of the government regarding rampant corruption, weak accountability and low transparency in governance.

Hinting that the private schools kept out of the list are linked to the Hizmet movement, Chairman of the Active Educators’ Union (Aktif Eğitim-Sen) Osman Bahçe said, “The Ministry of Education selectively discrimination against private schools which are very popular among parents as a result of their performance.”

“While some Hizmet-affiliated schools are on the list, some others that are in high demand by parents are not,” he added.

While serving as prime minister, President Recep Tayyip Erdoğan repeatedly called on his supporters not to attend schools connected to the movement. In public rallies, he asked parents to pull their kids out of these schools if they were already enrolled in them.

Bülent Altın, deputy general manager of the private Yamanlar School network in İzmir, confirmed that none of their schools are on the ministry’s list even though they applied for each of the schools in their network.

He said they have been examining the issue and will issue a statement after talking to government officials to find out exactly what happened.

Yamanlar Schools are known as some of the best achieving schools in Turkey as verified by the stellar performance its students have shown in the ultra-competitive university entrance exams as well as at the International Science Olympics.

In addition to Yamanlar, the private Atlantik Schools and some branches of Samanyolu Schools were also not on the list of those eligible for incentives.

The officials of Anafen Schools, serving in 17 different locations, and Coşkun Schools, which have four kindergartens, five primary schools, five secondary schools and three high schools in its network are among the schools that were kept out of the list in İstanbul.

The parents of students who were granted credits for private education filed petitions with the government to challenge the list so that they can send their children to the school of their choice.

It was also interesting that the private Celal Değer Koleji Primary School, the only private primary school in Siirt province, also did not make the list.

Fethullah Gülen responds as the voice of an intellect, in the name of Islam, to those who engage in brutal terrorist acts. His response is crucially important. Gülen presents a recommendation of culture based on tolerance. Thus far, the war against terrorism has been waged through the obstruction of terrorist activities, spearheaded by security units. It is impossible for Western countries to do more.

TAHA AKYOL, May/07/2012 What is behind the schools associated with the Fethullah Gülen movement (aka Hizmet movement)? Since the first school abroad was opened in Azerbaijan in 1991, what is the power that has caused them to be so widespread across the world in 30 (including domestic schools) years? Can the “green belt” theory of […]