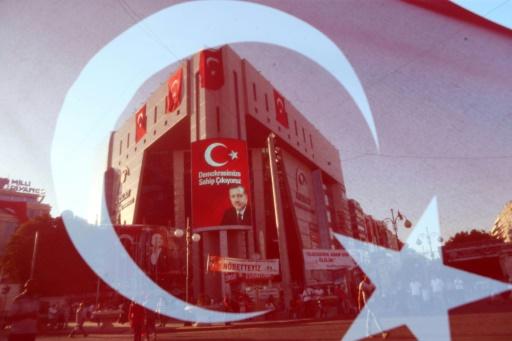 The ambassador was speaking after Turkish Foreign Minister Mevlut Cavusoglu on Thursday warned that followers of the controversial cleric could stage a coup in Kazakhstan’s neighbour Kyrgyzstan.

Ambassador Nevzat Uyanik raised the issue of “Kazakhstani-Turkish schools” believed to be run by foundations loyal to the 75-year-old Gulen’s ideas, saying Ankara does not support them.

“These schools have no relationship to Turkey’s official state organs whatsoever,” Uyanik told a news conference in the Kazakh capital.

He called the July 15 coup attempt in Turkey “a warning to other countries,” adding that “we are sure that the relevant bodies will start taking the necessary measures,” apparently referring to Kazakhstan authorities.

Gulen, who has lived in self-imposed exile from Turkey since 1999, vehemently denies involvement in the coup attempt that left 270 dead and has seen tens of thousands of people sacked or detained in government reprisals.

Turkish officials accuse Gulen of building influence through a vast network of private education institutions, not only in Turkey but also in Africa and Central Asia.

Kazakhstan and Kyrgyzstan are the only two countries in the mostly Turkic-speaking Central Asian region where Gulenist educational institutions still have a significant presence.

Speaking on CNN-Turk television on Thursday, the Turkish foreign minister said followers of the cleric’s ideas could launch a coup in Kyrgyzstan, which has already seen two governments overthrown since gaining independence in 1991.