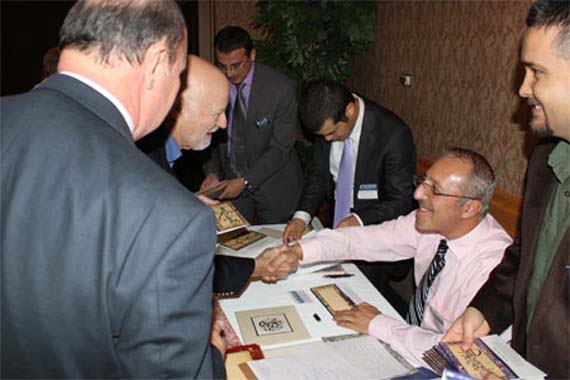 Towards the end of the program, there was a live calligraphy demo by Turkish calligraphy artist, Aydin Cayir.

The South Carolina Dialogue Foundation is a non-profit organization established by Turkish-Americans.  Its goal is to promote dialogue among people and towards issues that pertain to their lives. SCDF’s mainstay is to engage in educational activities about social and cultural matters.Founders of the SCDF are inspired by Fethullah Gulen’s philosophy of dialogue and peaceful and constructive coexistence.

Fethullah Gulen promotes tolerance, interfaith dialog, and above-all: he promotes education. And yet he’s a mystery man — he’s never seen or heard in public — and the more power he gains, the more questions are raised about his motives and the schools.