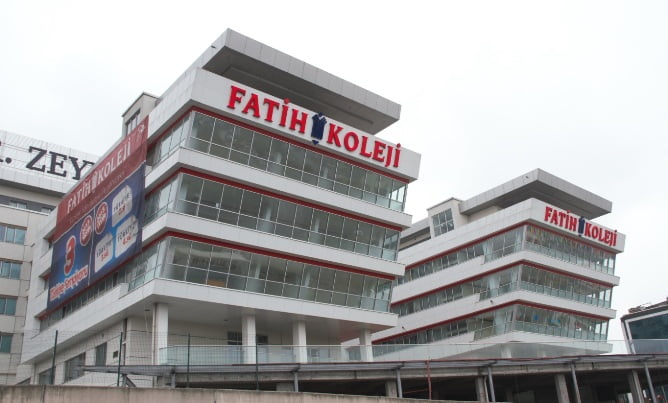 ISTANBUL
The İstanbul Metropolitan Municipality (İBB) recently declared a piece of land on which a private high school had been being built to be a green space, according to representatives from the school who spoke to Today’s Zaman on Sunday.

The high school is a branch of Fatih Koleji, a private institution affiliated with the Hizmet movement inspired by Islamic scholar Fethullah Gülen. According to the school representatives, the municipality is also planning to build an underground parking lot and public earthquake evacuation area on the land, which is located in the Karadeniz neighborhood of Gaziosmanpaşa district.

The land had initially been zoned for the construction of a private school in 2004. The Gaziosmanpaşa Municipality applied to the İBB city planning office on June 6th to redesignate the area as a green space, a motion which was accepted by the İBB on Friday.

According to representatives from Fetih Eğitim İşlemeleri (Fetih Educational Operations), the firm that runs Fatih Koleji, the Gaziosmanpaşa Municipality had sold the land in question to the firm in 2009 for TL 5.2 million, the highest bid in the tender. Construction began on the private high school but was halted in April by the municipal authorities.

The redesignation of this particular piece of land has raised suspicions that it is an attempt to punish the Hizmet movement. A former ally of the ruling Justice and Development Party (AK Party), the Hizmet movement emerged as a critic of the government after the latter moved to close down university preparatory schools nationwide, a large segment of which are owned and operated by people associated with the movement.