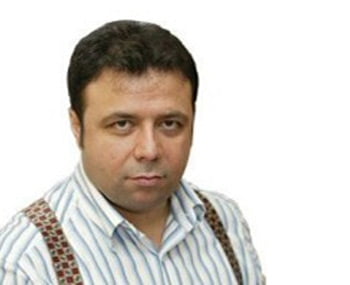 Fethullah Gülen is one of us.

He lives among us.

Like any of us he was born in a remote village of this country and made it to these days.

Now he is in the center of an unprecedented civil society organization.

The people who do not know him ask in astonishment whether he achieved all these by himself. By doing this they have been turning him into a myth consciously or unconsciously.

After looking at the achievements they conclude that it is impossible to accomplish all these without the support of the state.

They speculate on the financing of all the actions, the degree of relations with the state and so on.

Some, however, sincerely try to understand Fethullah Gülen. The ones with the effort to understand really understand him, but some resort to insults. They come up with inconsistent, baseless, meaningless, ridiculous and shameful arguments.

However, he is none of them. He is one of us and lives among us. He advises, leads and points out.

Some of his friends who love him and pay attention to his suggestions try to fulfill them as much as they can.

Some part of what he projects seem like a dream at first and his friends sometimes think that it is impossible to achieve those. But in time things work out. They start imperfectly and go on with a lot of missing parts. Finally they reach to a significant level of success.

Nagehan Alçı’s comments from Daily Akşam on the subject are worth taking into consideration:

“With the Wikileaks Turkey documents another meticulously constructed myth is ruined. We have seen that Fethullah Gülen is not the agent of the US at all. On the contrary! He is someone that American officials refer to their sources to learn about and that America treats like any other applicant when it comes to granting permanent residency and Green Card. These documents summarize well how certain things are demonized and how the conspiracy mood took over the whole country. Let’s see which other nonsense myths will be ended…”

There is no need to create ‘others’ and alienate some people.

Fethullah Gülen is one of us. He is local. The things he did and he led are authentic.

People look for some qualities, that are agreed by all, in someone that they will commit their time, money and life to.

We are talking about a movement that receives global results with total national capital and national man power. Maybe the reason behind this success is not making concessions from this authenticity.

I argue that behind the meaningless and fruitless assaults on the Fethullah Gülen Movement there is the inability of digestion of the achievements of the amateur by ‘professionals’.

Wikileaks documents proved that he is one of us. ‘’Not an open and close threat to the Turkish state…’’

Source: Bugun Newspaper, March 24, 2011. Original article is in Turkish and it was translated by IDC members.

In the interview that was published at one of Russia’s most popular newspapers, Moskovskiy Komsomolets, Mr. Gülen talked about the aircraft crisis between Russia and Turkey, the divided state of the Muslim world, secularism, the Islamic State of Iraq and the Levant (ISIL) and terrorism. “Certain things done [the Turkish government] in recent years were wrong. The downing of that warplane was wrong,” he said.