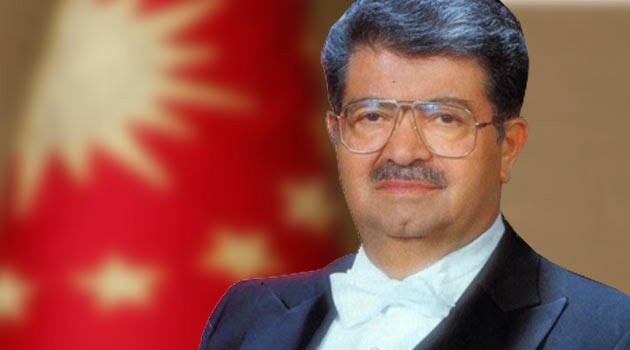 Although 21 years have passed since his death, the late President Özal, who died in office on April 17, 1993, is still remembered for his democratic outlook and his pro-freedom mindset while governing the country.

Özal exhibited an unprecedented political profile with the innovations he brought to politics and with the atmosphere of freedom he created in the country when he came to the power in the May 20, 1983 general election. He was a supporter and protector of free enterprise, freedom of religion and conscience and freedom of thought in a political atmosphere in which political, economical and social life in the country were dominated by a system of military tutelage. Another feature that distinguished Özal from other politicians was the gentle and conciliatory language he used.

Özal, who played a leading role in the demilitarization of society during his ruling, was a strong supporter of private enterprise. He governed in harmony with civil society organizations and faith-based communities and strongly supported the Turkish schools abroad which the Justice and Development Party (AK Party) is trying to close down. Özal wanted foreign politicians to support the establishment of Turkish schools in their countries and said that those schools might even be more successful than those of their host countries.

Some of Özal’s colleagues, speaking with Today’s Zaman, said that Özal’s government did a lot of good for Turkey. Stating that Özal was instrumental in many advanced made by the country, his colleagues also highlighted that Özal achieved everything he did without insulting anybody or any community and without waging a war against any societal group.

Ahmet Kurtcebe Alptemoçin, who served as foreign minister during the Özal period, told Today’s Zaman that the Turkish people considered Özal to be a savior when he came to power, adding that Özal created a reconciliatory society with the gentle and respectful language he employed. Stating that Özal avoided using hateful discourse against any person or community, Alptemoçin said that Özal tried not to use the possessive adjective “my” and preferred to use “our” while speaking because he thought that the country belongs to everybody living in it, not to a particular community, party or religion.

Speaking about the language employed by current government officials, Alptemoçin said that the government is engaging in politics based on polarization of the public, adding that such practices by the government might result in irreversible damage to Turkey.

Criticizing the Justice and Development Party (AK Party) government’s negative attitude to the Turkish schools which operate in over 140 countries across the globe, Alptemoçin said that the government doesn’t give the schools the recognition they deserve, adding that Özal supported the schools enthusiastically.

Oltan Sungurlu, who served as justice minister during the Özal administration, said that Özal attached great importance to the Turkish schools abroad, emphasizing that Özal was very happy to see the expansion of the schools. Sungurlu said: “I was not with him personally during his foreign visits. I heard from those who went with him that Özal visited the Turkish schools in every country he went to which hosted the schools. He also requested politicians in those countries to help and support the schools. Everybody from that time knows that Özal spent a great deal of effort helping these schools to improve.”

Former Education Minister Barlas Doğru, also speaking with Today’s Zaman, said that he once informed Özal about a problem regarding the principal of a Turkish school in Azerbaijan, but Özal responded by stating: “I don’t see the steps taken by this individual as being harmful to the state. I support these institutions because they can achieve more than a state can by itself.” Doğru also said that Özal once warned him not to take any steps that would damage the Turkish schools.

Özal, the eighth president of the Turkish Republic, died of heart failure in April 1993 at an Ankara hospital at the age of 65 while serving in office. In September of 2012, Özal’s body was exhumed and an autopsy was performed after a state supervisory board, acting on the order of President Abdullah Gül, released a report in June of 2012 that raised suspicions about the circumstances of Özal’s death. The autopsy report revealed a high level of the toxin strychnine in his body. Suspicions about the nature of his death still continue.