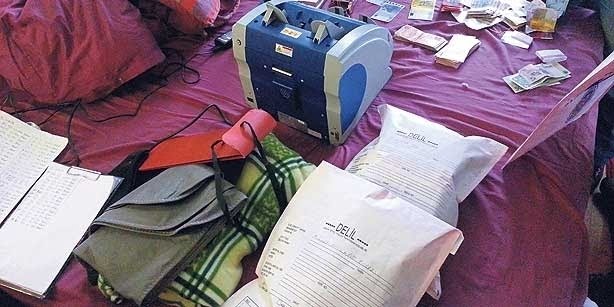 Turkey was shaken by the news of a major corruption operation on Tuesday in which at least 52 people, including bureaucrats, well-known businessmen and the sons of three ministers were detained by police.

Although some are trying to downplay the seriousness of the charges directed against the detainees by debating the timing and political motivations of the operation, Turkish columnists agree that the charges should be investigated thoroughly and that if the detainees were involved in corruption, then they should be punished accordingly, no matter who they are.

Referring to the debates on the timing of the operation and the forces behind it, Bugün’s Gülay Göktürk said the political meaning and target of this operation are certainly important but should never overshadow the allegations of corruption. “The basic question is whether the corruption allegations are correct and whether those people have been involved in any acts of corruption and this question is the one that needs to be answered no matter who launched the operation, when and for what purpose,” Göktürk wrote. In her view, in times like these when every actor is playing their own game in politics and the picture is murky, embracing principles is more important than ever. “In this great fight in the political arena, what needs to be done is not to act as a fan of this or that side but to follow in the footsteps of justice, law and transparency, no matter who will pay the price,” she noted.

Radikal’s Cüneyt Özdemir said that even if some people interpret the corruption operation as a manifestation of the rift between the Hizmet movement and the government, it does not reduce the importance and seriousness of the allegations directed against the detainees. “The fact that it involves the general manager of a state-run bank and the sons of three ministers shows us the importance of this investigation,” he said, adding that the actions of the sons unfortunately call for an explanation from their minister fathers.

Wiretapped phone conversations among three Turkish suspects that were included in an indictment prepared by the federal attorney-general of Germany against them over charges of espionage have revealed that the suspects plotted a plan to defame the renowned Turkish-Islamic scholar Fethullah Gülen.