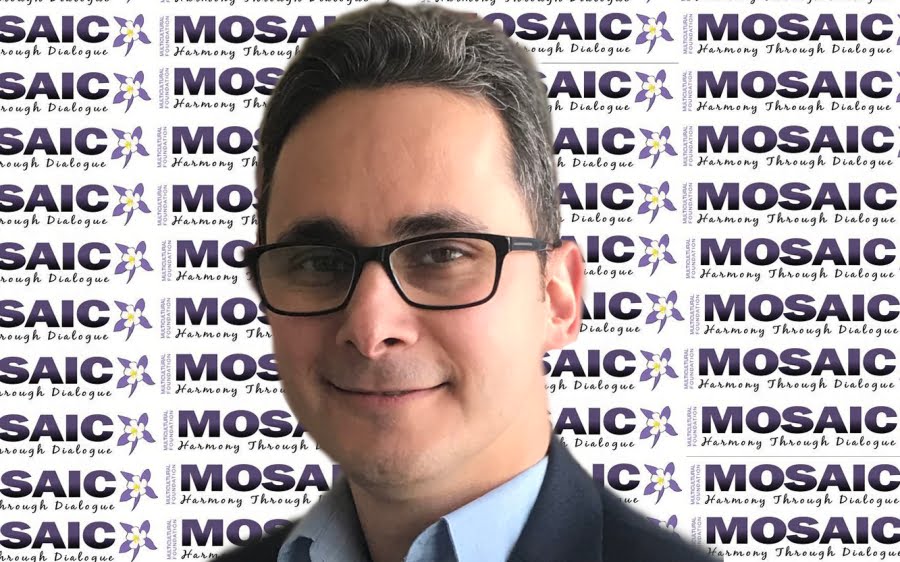 In the past, certain individuals affiliated with the Gülen Movement, and sometimes the movement as a whole, have often been accused of supporting lobbying efforts to circumvent the passing of resolutions that commemorate the Armenian genocide. Members of the Armenian diaspora have voiced complaints about this, both in several articles and in verbal statements. To tell you the bitter truth, I would be lying if I said that the accusations held no weight at all.

Let me state something straight from the outset: this is not an attempt to curry favor with the Armenian community. And no, I am not an “ex-Gülenist” bashing the Gülen Movement (GM), otherwise known as the Hizmet Movement. Furthermore, I speak for myself alone. I am not a spokesperson of the GM making an official statement of some sort.

Instead, this article reflects an honest attempt of an individual participant in GM to articulate his personal views and experiences of GM-Armenian relationships during the last decade.

First, a bit about Gülen and the movement he has inspired.

Hizmet, or the GM, is a global faith-inspired civil society peace movement, founded by Turkish Islamic scholar Fethullah Gülen. It is best known for fostering universal education, interfaith dialogue and humanitarian activities. Inspired by Gülen’s teachings and philosophies, participants in the GM engage in various altruistic activities to sow the seeds of world-peace for future generations. Indeed, the term “Hizmet,” the name participants use for the movement, means “service” in Turkish.

Gülen himself emphasizes the importance of human agency in bringing sustainable change and fostering morality and good virtues. For over half a century, he has been an advocate for liberal democratic values such as human rights, social justice, pluralism, the empowerment of women, freedom of speech, thought, and religion. Gülen consistently urges participants in the GM to be law-abiding citizens willing to work to help others, and to promote understanding for others regardless of culture, faith, or ethnicity.

Nevertheless, critics from various backgrounds accuse Gülen of pursuing a range of sinister, secretive agendas. Certain Islamist groups, for instance, have pushed the conspiracy theory that Gülen is actually a secret cardinal of the Pope, or that he’s a crypto-Armenian trying to spread Christianity among Muslims. Moreover, some secularists allege that Gülen is pushing efforts to consolidate powers to transform Turkey into an Islamic caliphate.

The movement did not develop in a vacuum. The roots of the GM go back to Turkey, hence many of the participants in the movement, including Gülen himself, were educated and socialized in Turkish schools that acted as vessels for the indoctrination of the glory and sanctity of pure “Turkishness.”

Historically, the GM has never openly supported any political party. Instead, most participants have supported the party that they believed would pursue a liberal democratic agenda. Consequently, the movement was criticized by Islamist parties for “selling out” to the liberals, particularly before 2003.

However, with the rise of the Justice and Development (AKP) party under Recep Tayyip Erdogan, which appeared (according to its own party’s manifesto) to promote liberal democracy, human rights, and inclusion in the European Union; the leadership of the GM, for the first time in its history, decided to form a political alliance based on shared goals. The AKP was not only supported by GM participants, but many liberals, nationalists, leftists and minority groups also voted for that party in the belief it supported democratization.

In fact, GM-affiliated media outlets such as Zaman and Samanyolu TV openly praised and endorsed Erdogan’s AKP, further reinforcing the perception that the whole movement backed the party.

The history of the GM in the US is still very young. Many GM participants came in the early 2000s as students, academics, engineers, businessmen or educators from Turkey. Excited about the “New World,” GM participants wanted to carry out their civil society projects in the US. Several saw opportunities to contribute to American society through establishing intercultural dialogue centers, charter schools or charity organizations.

This involvement allowed them to foster valuable relationships with pastors, rabbis, imams, and other religious leaders. Turkey’s economic boom of the early 2000s allowed for an unprecedented, and deeply longed-for, patriotic self-confidence. Intercultural dialogue trips to Turkey, offered to US-based legislators, religious leaders, academics, media personalities and community leaders created awareness of the spirit of the GM and promoted understanding of Turkey, the greater Anatolian region, and the religion of Islam.

The first interaction between GM participants and the Armenian community in the US took place after the assassination of Hrant Dink, the prominent and brave Turkish-Armenian journalist and human rights activists in front of his newspaper, Agos, by an ultra-nationalist youth on January 19, 2007.

Subsequently, GM participants paid their respects through visits to Armenian churches and organizations to express their condolences. These visits opened doors for conversations and dialogue, mainly with Armenians from Turkey. Consequently, GM participants were exposed, often for the first time, to the suffering of Armenians during the Ottoman and modern Turkish eras, and during the genocide itself. In many cases, this created new empathy among some participants of the GM, thus acting as an antidote against years of propaganda.

Yet, despite this fabulous story of a “Turkified” American Dream, one of the most profound disappointments we felt was the ongoing vilification of Turkish people on the part of many in the Armenian diaspora. On this front, GM participants have been living in a state of inner turmoil.

On the one hand, we deeply desire a constructive and positive relationship with Armenians. However, on the other, the very word “genocide” has proved to be an obstacle for engagement. Indeed, the facts of 1915 have become the massive “elephant in the room” when the two groups, Turks and Armenians, come into contact. One of the most ridiculous conspiracy theories promoted by some on the Turkish side, was that ultra-nationalist Armenians across the United States, have been engaged in inciting a “revenge” genocide, to be perpetrated on the “poor, innocent” Turkish people.

During this time, high-ranking Turkish officials and diplomats reached out to GM for support to stop the passing of resolutions that recognize the Armenian genocide.

Serving the nation of Turkey by visiting US officials in America and repeating to them the Turkish state’s official narrative about 1915 thus became an altruistic patriotic deed.

Yet, recently, our own support for the Turkish narrative has waned, and GM participants have begun questioning almost everything they had learned about what happened in 1915.

The turning point was the outcome of July 15th coup d’état attempt in Turkey. After the Turkish government held the GM responsible for the coup attempt, tens of thousands of ordinary citizens, who were in one way or another affiliated with the GM, found themselves illegally profiled, persecuted, detained, arrested, abducted, tortured or disappeared.

Our experiences thus far cannot be called a genocide; however, we have certainly been scapegoated, and enduring an ongoing collective trauma, with no end in sight. The fact that the Turkish state could label innocent people guilty, and punish them for their association (even tangential) with the GM, opened the majority of our eyes. If they could do this to us, it must be true that they did it to other minority groups (Kurds, Alevis) and certainly to the Armenians.  They wiped out Turkey’s Christian-Armenian population and taught us all it never happened.

So, what are the lessons we can learn here…

Driven by patriotic and sometimes nationalistic sentiments, participants in the GM, including myself, have deceived ourselves by acting in a way that contradicted our very values. We failed. We did not question the Turkish narrative, and we did not listen nor read the stories of Armenians.

Today, I personally regret and sincerely apologize for my involvement in efforts that undermined the suffering of Armenians that endured one of the greatest atrocities of the 20th century, the Armenian genocide.

I was intending to end this article here, with an apology that was long overdue, instead I would like to make three humble suggestions on how I believe we could repair our relations:

Firstly, I ask GM participants to show genuine gestures to Armenians by showing up to genocide commemorations or contributing to Armenian organizations.

Secondly, I wish Armenian journalists would reach out to Gülen for an interview with him to ask him about his views on what happened during 1915.

Lastly, I ask my Armenian brothers and sisters to welcome and engage with GM participants to listen to their stories about what is happening today in Erdogan’s Turkey.

John L. Esposito In the past week, several alarmist pieces, including Soner Cagaptay’s “What’s Really Behind Turkey’s Coup Arrests?’ and Daniel Pipes’ “Crisis in Turkey,” have warned of a mortal crisis that threatens Turkey’s future and its relationship with Europe and the US. Both are particularly exasperated by the continued arrest and indictment of senior […]