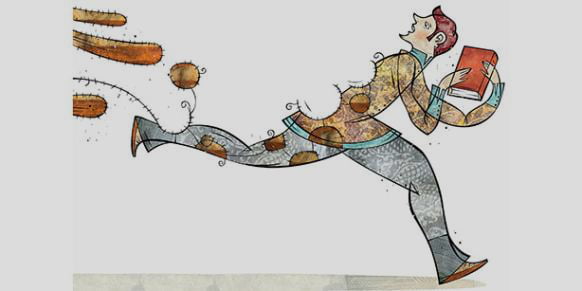 Diren Çakmak*
Amid fresh discussions on whether the 1915 incidents constitute a crime of genocide, I invite all to reread an article by Lawyer Orhan Erdemli recently published in Today’s Zaman, “Is Hizmet being subjected to genocide?”

Would those hearts and consciences carefully trying to rebuild bridges that were destroyed between Muslims and non-Muslims of the Ottoman era 99 years ago want to annihilate the members of the Hizmet movement? I should note that I have never been associated with the Hizmet movement in my life. As a person of conscience, I feel I have a responsibility to attract attention to the following subject matter.

The argument raised in Erdemli’s article involves one of the most delicate discussions in the literature on politicide/genocide. There is no consensus on the definition of politicide in the literature. Some political scientists note a great resemblance between the two terms, whereas some others only find a small number of similarities. For instance, Barbara Harff and Ted Robert Gurr, in “Toward Empirical Theory of Genocides and Politicides: Identification and Measurement of Cases since 1945,” published in the International Studies Quarterly in 1988, offer similar definitions for the two terms. The authors in this article define both offenses as heinous acts perpetrated under the sponsorship of the state or a political regime and make distinctions between them based on the targeted group. The definition Harff and Gurr proposed in their article for the crime of genocide is broader than the definition spelled out in the 1948 UN Genocide Convention, which does not refer to politicide as a crime. The UN’s failure to define politicide as a crime could be attributed to the bipolar nature of the international system at the time the Genocide Convention was adopted and to the reluctance of the Soviet Union to consider politicide a crime because of the assumption that political massacres would take place in Soviet-satellite countries during the socialism-building process. Due to the failure to define politicide as a crime in international conventions, massacres perpetrated during the processes of regime change in a number of countries, including China in the aftermath of the Revolution of 1949, have gone unaddressed by the international community.

The UN Genocide Convention defines genocide as partial or complete destruction of an ethnic, racial, national or religious group or inflicting deliberate mental or bodily harm to members of these groups. The convention also considers measures taken to reduce the number of births within an ethnic, racial, national or religious group or to relocate the children to another place as a crime of genocide. Harff and Gurr, on the other hand, do not make any reference to bodily or mental harm in their definition; however, they include political groups in their framework. In addition, they offer a broad definition of the political sphere. They hold that environmentalism is a political act and that a religious community falls into the category of a political group even though it does not promote political aims. In this case, under the typology of Harff and Gurr, politicide is a collection of ruthless and brutal acts committed by a political regime or state against members of a certain group. The target group are the opponents of the dominant group and the current regime in this typology. This definition suggests that intellectuals, peasants, workers, gays and members of a religious group can become victims of politicide. The distinction between politicide and genocide has become more subtle since the collapse of the Soviet Union. Some political scientists, for this reason, prefer not to make any distinction between the two categories.

The substantiation of politicide or genocide

Harff and Gurr recall that for the substantiation of politicide or genocide, mass murder should occur and a number of civilians should be subjected to brutal acts by the state; they further note that there should be a great number of casualties and that the mass murder should last at least six months. Harff and Gurr, who propose two types of genocide (hegemonic and xenophobic) and four types of politicide (retaliatory, repressive, revolutionary and repressive-hegemonic) recall that the brutal acts committed by the Soviet Union in the period between 1943 and 1957 against different ethnic groups in the North Caucasus as well as acts by the Chinese state against Tibet nationalists in 1959 are acts of hegemonic genocide. They further categorize the acts of the Paraguayan state against the indigenous Ache tribe in the period between 1962 and 1972 and the brutal acts by the Nigerian state against Ibo tribe members in 1966 as well as those by the Burmese state against Muslims in 1978 as xenophobic genocide.

Harff and Gurr define retaliatory politicide as the commission of brutal acts by a previously repressed and persecuted political group against the members of a political group that held power in the past out of sentiments of revenge. The response by the Hutu administration in 1994 to acts by the Tutsi administration in the period between 1963 and 1964 in Rwanda is cited as an example of this type of politicide, which could also be seen as abuse of state power by one political group that replaces another. Harff and Gurr define repressive politicide as violence against the members of a political group that engages in opposition against the state. The authors recall that this is the most frequent type of politicide in the world; they describe revolutionary politicide as mass murder carried out against opponents by a state that is upholding a revolutionary ideology. The authors further cite the murder of dissidents in China by the Mao regime during the period between 1966 and 1975 as an example. Repressive-hegemonic politicide is a hybrid type where the victims are targeted by the existing political regime because of their opposition. However, in this type, the victims have different ethnic or national identities. Harff and Gurr refer to the brutal acts against Bengali nationalists in 1971 in Pakistan as an example of repressive-hegemonic politicide. However, it is also possible to cite more current examples of this hybrid type.

These cases of politicide and genocide are cited from history. It is really difficult to identify and substantiate crimes of genocide and politicide as well as the elements of these crimes. Besides, cases that could be referred to as genocide or politicide essentially take place in the 21st century. In this case, the argument raised by Erdemli could be analyzed in the category of repressive-hegemonic politicide in the theorizing of Harff and Gurr. The reason for the victimization of Hizmet movement members at the hands of the Justice and Development Party (AK Party) government is the movement’s political opposition. The demands by the movement for greater transparency and accountability were framed by the AK Party government as attempts to topple the government, and this was handled by way of repressive measures against the members of the movement.

It is impossible not to see the polarization among the people over the upcoming presidential elections; this polarization raises serious concerns. It is also possible to consider the verbal attacks and violence against the Hizmet movement in the context of the literature on politicide and genocide. However, not only the Hizmet movement will suffer from repressive-hegemonic politicide. The entire country of Turkey will be hurt by this. Is not this state ours? Is the state owned solely by a certain group? Is not everybody who holds a Turkish passport a shareholder in this state? Since when did we become hostage to the polarization and determined to destroy each other?

In conclusion, a reread of the article by Erdemli will reveal that the author refers to a situation that may potentially destroy social coherence and peace. Therefore, I am paraphrasing Erdemli’s question, “Is Hizmet being subjected to genocide?” by raising another question: “Is the Hizmet movement being subjected to repressive-hegemonic politicide?”

*Dr. Diren Çakmak is a freelance writer based in Çorum.