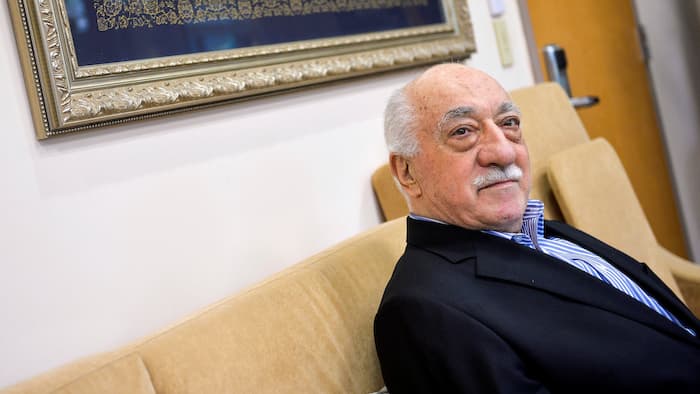 Turkey’s propaganda justifying its mass detentions and torture of followers of the Gulen movement as part of a counter-terrorism effort is being thoroughly discredited on multiple fronts. On Thursday, Human Rights Watch launched its 2018 World Report, documenting the rise in Turkey of allegations of torture in police custody, and the country’s widespread misuse of counter-terrorism laws.

Accounts from victims are of beatings, stress positions and rape. The report emphasises the enormous pressure exerted by the government on the courts and prosecutors and increased restrictions on the media after hundreds of outlets have been closed down. Turkey is the world leader in jailing journalists. Much of the repression is with a view to decimating the Gulen movement, which used to be President Recep Tayyip Erdogan’s greatest ally and helped bring him to power in 2003.

Fethullah Gulen, who the government now brands as a terrorist, is the movement’s spiritual leader – a moderate Muslim cleric and Turkish intellectual in self-imposed exile in the US. He has long preached an inclusive brand of Sunni Islam, and a message of co-operation and tolerance, and his movement has run a network of Hizmet schools in 170 countries.

Last month Makhura told Hizmet teachers: “I am not very happy with the way the Turkish government is treating a lot of you who have been declared terrorists. If terrorists are what you are, then I think I would love to be a terrorist.”

The Hizmet schools have been highly successful in delivering education in developing countries, but the Turkish government has been on a campaign to get them closed down. In many cases teachers and principals of the schools have been abducted and taken back to Turkey.

Human Rights Watch deputy Asia director Phil Robertson has expressed concern about the fact that “many of the Turkish nationals being snatched from other countries face mistreatment and torture, long periods in pre-trial detention, and at the end, a trial on trumped-up charges before a court that fails to follow fair trial standards.”

News reports have so far documented abductions of Hizmet teachers having taken place in Myanmar and Malaysia last May, Pakistan in October, and Afghanistan last month. The detainees are allegedly subjected to severe human rights abuses, but Erdogan makes no apologies – at a public rally last month he called on Turks to show no mercy to the Gulen movement.

According to news reports, pro-government columnist Cem Kucuk recently called for Turkish intelligence to kill family members of F..O (the Gulen movement), and columnist Hüseyin Adalan advocated killing the members and babies of F..O, calling it a religious obligation. “Those who show compassion (for them) must also be killed accordingly,” he said.

This is the type of hysteria being stirred up by the government’s propaganda machine, far in excess of anything seen in the McCarthy era in the US in the 1950s. To date 151967 Gulen members have been dismissed from their jobs on the government’s instructions and 131995 detained. On Monday, detention warrants were issued for a further 81 people who work for the High Education Foundation, due to their alleged links to the Gulen movement. In just the first two weeks of this year, the government detained 1188 alleged Gulenists.

The reason the government gives for the ongoing witch-hunt is the allegation that followers of the Gulen movement within the military had staged the attempted coup in July 2015, and that Gulen himself had been the mastermind.

But Gulen has categorically denied that and denounced the coup itself. International authorities have found no evidence for Turkey’s claims or its designation of the Gulen movement as a terrorist organisation, which is why the US has refused to extradite Gulen to Turkey.

But the agenda of the Turkish authorities goes far beyond the attempted coup, it is about the need to neutralise a movement that became a political threat when its followers within the judiciary and police started exposing corruption within the government’s ruling inner circle in December 2013. A prime suspect in the major corruption investigation at the time was Reza Zarrab, a Turkish Iranian gold trader. But the Turkish government moved swiftly to shut down the corruption investigations by removing prosecutors and reassigning police. Zarrab was criminally charged in the US and spent a year in a US prison, but last November turned star witness in his own trial, testifying against Turkey’s then-economy minister about how bribes were paid to him and other senior officials worth tens of millions of dollars.

Turkish efforts to destroy the reputation of Fethullah Gulen in the US have also been exposed. In March last year, former US National Security Adviser Michael Flynn formally registered with the Justice Department as a “foreign agent” and admitted that he had lobbied on behalf of the Turkish government while he was Donald Trump’s campaign adviser.

According to paperwork filed with the Justice Department by Flynn’s lawyer, his company was paid at least $530,000 between August and November 2016 for the lobbying work. Flynn had criticised the Obama administration for “harbouring” Gulen, and not being supportive enough of Erdogan. From the widespread reports of torture and detention without trial of Gulenists, to the near total control of the executive over the judiciary and media, to the government’s attempts to cover up the corruption of senior officials, and its underhanded efforts to get Gulen extradited, its “counter-terrorism” campaign has been exposed as a farce and abandonment of the rule of law.