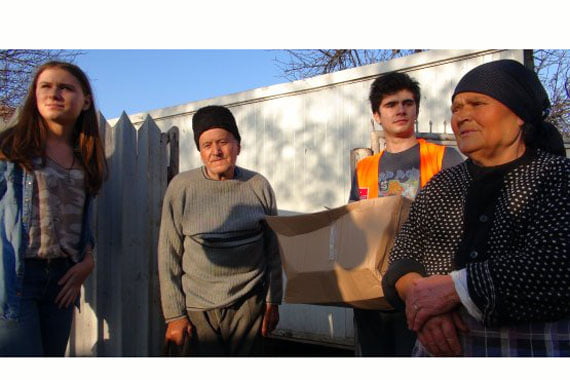 Arriving at Dambovitsa village, 45 kilometers away from Bucharest, students from 42 different nations went to the houses of the people and gave them aid boxes.

Locals were very impressed by the aid distribution and expressed their thanks to the students speaking to Cihan news agency, a Chinese student named Anthony Zhang said helping and making people is a very unique feeling, he has tasted for the first time.

The college was established in 1996 and provides education to around 800 people.