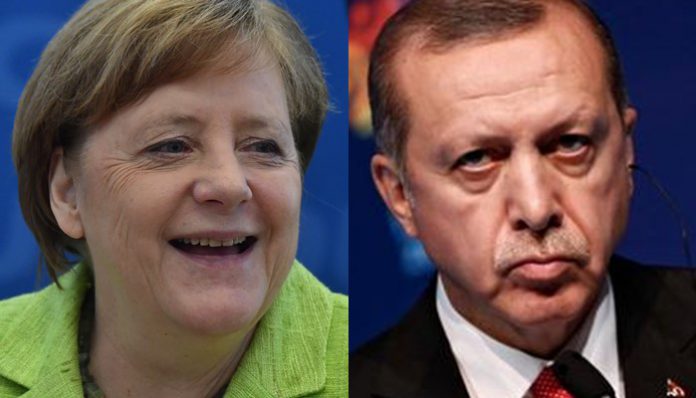 According to a report by Süddeutsche Zeitung with the NDR and WDR television channels, MİT has prepared a list of 300 Turks and 200 schools, associations and organizations that are connected to the Gülen movement. The lists include addresses, telephone numbers and photos of the people.

Kahl forwarded the list to the federal government and all security institutions, the report claims. After evaluation of the list, German experts concluded that most of photos were taken secretly by surveillance cameras.

The report also said German authorities have started to warn people who are on the MİT list. Both the intelligence agency and the police took on the responsibility of informing Gülen movement sympathizers about the MİT surveillance.

Tensions rose between Turkey and Germany over operations against Turkish-Islamic Union for Religious Affairs (DİTİB) imams who were claimed to be spying on Gülen movement people.

Last month the coordinator of DİTİB, Murat Kayman, announced his resignation over the charges.

German police teams raided the apartments of four DİTİB imams in North Rhine-Westphalia and Rhineland-Palatinate who are suspected of acting as informants.
The Federal Public Prosecutor’s Office (GBA) said in a statement that the imams had acted on an order issued on Sept. 20 of last year by the directorate to profile Gülen movement sympathizers.

In reaction to the investigations, President Recep Tayyip Erdoğan’s spokesperson, İbrahim Kalın, said Germany was pursuing a “witch-hunt” against DİTİB imams, claiming that the operations were politically motivated.

The Turkish government and President Erdoğan accuse Muslim scholar Fethullah Gülen and the movement he inspired of being behind a failed coup attempt on July 15, 2016.

In an interview published in Der Spiegel magazine on March 18, BND head Kahl said despite efforts at various levels, Turkey could not convince Berlin that Gülen was behind the failed coup.

In response to a question on the Gülen movement, which has been designated as a terrorist organization by President Erdoğan, the head of German intelligence defined the movement as a civilian association that provides religious and secular education through a number of educational institutions.

Gülen called for an international investigation into the coup attempt, but President Erdoğan — calling the coup attempt “a great gift from God” — and the government initiated a widespread purge aimed at cleansing sympathizers of the movement from within state institutions, dehumanizing its popular figures and putting them in custody.

Earlier in January, a report prepared by the EU Intelligence Analysis Centre (IntCen) revealed that although President Erdoğan and the Turkish government immediately put the blame for the July 15 failed coup on the faith-based Gülen movement, the coup attempt was staged by a range of Erdoğan’s opponents due to fears of an impending purge, according to a report by The Times newspaper.

Contrary to accusations made by Erdoğan and the Turkish government, the Foreign Affairs Committee of the UK Parliament has concluded on March 25 that Gülen and the movement he inspired as a whole were not behind the coup attempt in Turkey on July 15.

Similarly, Devin Nunes, chairman of United States House Permanent Select Committee on Intelligence, said last week that he has not seen any evidence showing Gülen’s involvement in the failed coup attempt in Turkey.